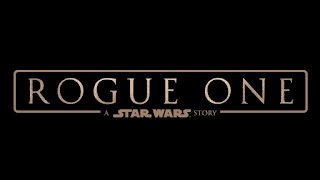 So the new trailer for ‘Rogue One’ dropped as we all knew it would and there is definitely a lot to talk about. With rumours of reshoots and various different editors being brought in to handle the film (though most of those rumours have been rebuffed by numerous sources if anyone was worried) it’s pleasing to have a trailer that is this spectacular, that seems this sure of what the film itself wants to achieve and such clarity of the vision behind it.


I would have been worried if what we saw was a sprawling mess of randomly amazing images and even though the trailer features numerous amazing shots they all seem to serve a purpose of telling a singular story within the ‘Star Wars’ universe. It establishes tone, character and scale excellently and all while providing only the thinnest outline of the plot.


But first thing’s first, Darth Vader is in this trailer (either than or Rick Moranis has decided to make an unexpected return to acting). Just the back of his head at least and while this doesn’t say much on what exact role he will be having in ‘Rogue One’ it is an iconic image and sound and the reveal is utilised very well. To hear that familiar inhale and see the domed helmet shape for the first time in so many years is a remarkable sight. Maybe it didn’t have quite as high an impact as I would want it to but to be honest there are so many amazing things to be found elsewhere in this trailer that I honestly don’t care. Vader’s presence is a welcome addition (if used correctly) but they already had my ticket long before that shot.


I admire the fact that the trailer instantly creates an atmosphere of oppression and subjugation, this era for the ‘Star Wars’ universe harkens back to the aesthetic of ‘A New Hope’ but somehow the world view seems even bleaker and that certainly fits the narrative of where the universe is at this point in the franchise. The Rebels feel like a desperate, rag tag organisation who are barely scraping  by under the power of the Empire. Unlike other ‘Star Wars’ films the villain is almost painted as an omnipotent being that can only be delayed rather than stopped.


We also get some quick character introductions, nothing too obvious so as to spoil the surprise but merely a rough outline of who these people are and what role they will be playing in this struggle, as well as a brief glimpse of their respective personalities. From Donnie Yen’s blind and skilled warrior who may or may not be a Jedi (it’s kind of hard to tell) to the blunt and bulky droid K-2SO played by Alan Tudyk.

The main players like Felicity Jones, Diego Luna and Ben Mendleson are also given plenty of screen time to simply reaffirm what we know. Luna seems to be the Poe Dameron type of role as an experienced Rebel soldier who acts as a secondary player, Mendelson looks delightfully evil and flamboyant as Orson Krennic, an Imperial Military Director. Then we have Jyn Erso and despite bign the main character, the place where her loyalties lie remains a mystery, with Jones’s performance keeping a sly and protective shroud around her identity. I’m confident we will of course uncover more within the actual film, but right now it’s difficult to categorise her, but by no means does that make it inferior, on the contrary she rightly feels like the most interesting character there.


Then of course the trailer also does an excellent job of establishing the tone ‘Rogue One’ will be going for. This truly feels like a war film, a war film dressed in the clothes of ‘Star Wars’. Once again Gareth Edwards direction captures a great sense of scale and scope to accompany this ground level combat and there is a decidedly visceral feel to each action sequence we have caught a glimpse of so far. But of course there is no lack of visually stunning shots either, with some simply gorgeous images from the Death Star eclipsing a planet’s sun to the monstrous sand storm and the lone shuttle that flies through it. The trailer has a sense of grit and grime, a universe that feels lived in and, more than any other ‘Star Wars’ film so far, one that has seen conflict and the damage of it.
Posted by Joshua Price at 07:16