Michael Bay is coming back to cinemas with his latest film ’13 Hours: The Secret Soldiers of Benghazi’ and some reviews are calling it his best movie, others meanwhile are saying it ranks alongside the usual farce of explosions, nonsensical plot, waver thin characters and descends into the usual Bayhem we’ve come to expect from him. So before I watch it I thought I’d look back on his career and count through his movies, from worst to best. Expect to see more falling into the former description than the latter.

That’s right, for me all of them are tied as the worst Michael Bay movie, and while some of them are better than others and maybe not even as bad as other individual films on this list, let me give you a few reasons as to why, collectively, they belong here. Try to guess which specific movie in the franchise I’m referring to with this description. The ongoing conflict between the Autobots and the Deceptocons sees the human race caught in the crossfire, the government don’t trust them, but aided by a lone underdog and some random hot girl the Autobots must search for an advantage over their adversaries to defeat them and save to world. The faults are endless, with the shallowest and most simplistic characters imaginable, incomprehensible action sequences that feel as if they’ve taken eight years off of my life (either because they’re so exhausting or that’s how long they have actually lasted) and numerous plot holes (either in the form of Optimus Prime revealing he can fly in the last shot of the film, Megatron being killed by the object he was trying to find, the military neglecting to use an anti-transformer gun until the last ten minutes of the movie, the villains having an overly complicated plan for destroying Earth or the U.S or Shia LaBoueff going to Transformer heaven) not to mention the hints of sexism racist stereotypes and (specifics) pointless scenes where a character has to explain why he can have sex with an underage girl. If you want more specific descriptions, 2 is ugly (visually, story-wise and ethically), 3 is lazy, 4 is the very definition of an exercise in tedium and 1 started the whole cycle of pain so that one goes here as well. RANT OVER.


Quick message to Michael Bay, you are not James Cameron. When you have directed a film as good as ‘Aliens’ or ‘Terminator 2’, then you are Cameron and then you can try to make a rip off of ‘Titanic’. The disregard for historical events is nearly as painful as his inability to grasp actual human emotions and complex characters. You know your film is terrible when Trey Parker and Matt Stone devote a song to it.

Frankly, nothing I can say about this film will be as good as Mark Kermode’s evisceration of it, so look that up on YouTube. Bay seems to think this is a satire of American excess, but he lacks any sense of humour or understanding of dark comedy, there’s a pornographic and overly stylistic sensibility to it. Instead of satirically undermining society, Bay just stands around trying to laugh at this true story (several people connected to the events depicted have voiced their disdain for the movie). Compare this to Linklater’s ‘Bernie’ or Scorsese’s ‘Wolf of Wall Street’ and maybe you’ll see what I mean. Or as Kermode put it “it’s horrible in a way that ‘Showgirls’ only glimpsed’.


Though there are some interesting ideas in ‘The Island’ what should have been a methodical and contemplative science fiction thriller quickly devolved into an incomprehensible mess of explosions, nonsense and caricatures of human beings. This film is ‘Ex Machina’ if it were directed by Michael Bay.


What was he thinking? That is the question that comes to mind upon re-watching ‘Armageddon’ as Bay’s rapid fire editing becomes an exhaustive experience, no shot seems to last longer than three seconds the camera is never still or stable. Maybe it’s because he knew the special effects would look horrendously dated, and there was no dramatic rhythm or character development to sustain the rest of the film. Watching ‘Armageddon’ is like watching a friend struggle to play a video game and won’t let you have a go.


This is a car crash of a movie. If Bay ever tried to be satirical this is as close as he came with the ridiculously over the top action sequences, illogical plot twists and character motivations and less than politically correct places. Is it intentional? Even if it isn’t it still sits as Bay’s third best movie.


What may seem ludicrous and overly stylised is actually Bay at his most subtle. ‘Bad Boys’ is a fun, rollercoaster ride of an action movie. It’s not ground-breaking, compelling or intelligent, but its fine as far as pointless action goes. It also gave Will Smith his big break as a movie star, so that’s something. 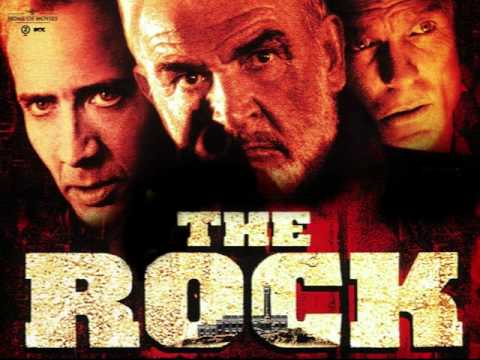 This is where Bay’s direction actually benefits a film. Once again ‘The Rock’ is hardly a masterpiece but it is undeniably fun and charming. It has characters that are mildly entertaining and compelling as opposed to talking plot-points and are brought to life brilliantly by the likes of Nicholas Cage, Sean Connery and Ed Harris. The action is well choreographed and engaging rather than incomprehensible. It’s appropriately grounded so that any plot holes are easy to overlook but there are still actual stakes rather than just explosion after explosion, demeaning shot of hot girl, another explosion, racially insensitive character, some quick and obvious exposition, explosion, repeat for 160 minutes.
Posted by Joshua Price at 15:55