Recapping the MCU - The Avengers 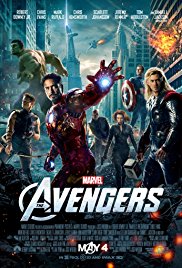 Though it was only six years ago, it’s genuinely difficult to envision a Hollywood that existed before Marvel’s ‘The Avengers’ now. In an age where every major franchise wants to replicate exactly what Kevin Feige and his studio accomplished over the course of four years, all building up to this movie in 2012, it’s easy to overlook and understate just how monumental this film was. In that sense it’s also difficult to detach it from the ensuing hype and aftershocks that the film has continued to create to this day. In other words, it’s somewhat difficult to even judge it as just a movie.

It is also difficult to think of any movie in recent memory that has so completely epitomised the concept of pure blockbuster entertainment. There’s a brilliance to its narrative simplicity, a greatness to its character driven story and a wide appeal to its broad use of tone. It says a lot about how well a movie handles its exposition that a viewer could walk into ‘The Avengers’, without having seen any other MCU movie and still get a complete grasp pf what is happening.

Part of that is down to the aforementioned narrative. Though it’s far from complex the story and its ensuing structure give the film room to focus on what matters most, the characters. It makes their joining together a central conceit that constantly drives the plot forward. There is a reason why that now iconic shot of the superhero team finally united has such a cathartic effects, because the whole movie is structured around building up to that specific moment.

If anything it feels even more impressive in retrospect given how many superhero event movies seem to lack any narrative drive for their first act. We don’t receive any clarity or cohesion as we just watch things happening for an hour and then the plot kicks in. That it now the case with ‘The Avengers’ as the stakes are laid out perfectly within the first few minutes and then proceed to intertwine with the team as they are subsequently introduced, unfolding simultaneously with their arcs across the movie. This is the reason why the story never drags, why it never feels condescending to the audience and why it always contains a clear focus point from which to further the plot, all of which could have very easily befallen the movie.

With this ensemble another easy pitfall would be to have certain characters feel side-lined or underutilised but once again ‘The Avengers’ avoids this trap. Though some characters certainly get more screen time than others each player is endowed with a clear and concise arc that works to develop their personality as the plot rushes along. These moments of development are brilliantly placed throughout the movie. From small exchanges of dialogue to the little interactions that underpin the action, everyone has time to grow and change over the course of the film.

The same can be said for how each character is used within the action scenes, particularly within that final battle across New York City. Each hero has a specific function and role that allows us to track their individual actions and in turn get a sense of the battle as a whole. Again it’s a common flaw within many blockbusters that an epic final battle can feel confused and cluttered but ‘The Avengers’ manoeuvres around that in how it allows the audience to have a firm hold on the geography of the scene, not just in the final battle but in all of the action scenes. It gives us a simple thought process of knowing which hero is trying to accomplish what, and then presents that in an interlinking manner. 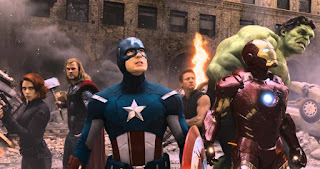 As for the actors who play said heroes, they all sink so perfectly into their roles that it’s hard for me to even say there is a standout. I suppose Mark Ruffalo should receive specific praise given that unlike any other main character in the movie, he had to build his performance from the ground up. He had the added pressure of introducing a new persona for Bruce Banner/the Hulk as well as subsequently developing that persona, of which he did a fantastic job. Ruffalo’s Banner is more smooth and at ease with himself which only serves to make his subsequent transformation all the more jarring. But underneath that charisma is a clear darkness that he alludes to throughout the movie, which lends itself the deepening our understanding of the character and is internal dynamic.

Robert Downey Jr embodies the same tightrope walk between arrogance and confidence that made Tony Stark both compelling and watchable in his previous outings. Chris Hemsworth is still embodying the boastful in the role of Thor whilst retaining that streak of humanity that makes the god of thunder intriguing. Chris Evans performance keeps Captain America grounded, conveying the sense of man outside of his own time in the middle of a tough transition, but also distinctly dutiful. Scarlett Johansson continues to bestow Black Widow with all the intrigue and strength that makes the character such a valuable commodity. Jeremy Renner possesses this stoic mysticism that renders Hawkeye as an involving presence. The undercurrent of all these performances is that they establish a distinct characterisation but leave enough room for development, and to achieve that six times over in a single film is no small feat.

Though I do think Joss Whedon’s direction leaves a bit to be desired in terms of its visual dynamics, in that too many of the conversations and dialogue exchanges in the movie seem to be shot and edited in a conventional manner. But the way he conveys the action in the movie is a triumph of cinematic language. As I said before, he expertly makes the characters intrinsic to the way the action flows and develops. He manages to convey this through some phenomenal long takes that takes the audience through the entire landscape of the battle in a way that seems effortless.

‘The Avengers’ still represents blockbuster entertainment at its best. Containing fulfilling character arcs, thrilling action and a sense of spectacle that is magnificent to behold.