So once again we find ourselves at that point in the year wherein we have to get serious and start talking about movies that are considered “prestigious” by all the awards crowds. Providing of course that the Academy doesn’t perform a U-turn on its decision to override the proposed “Best Popular Film” category (thank all that is holy) because otherwise we’ll be seeing Barry Jenkins’ or Damien Chazelle’s next awards speech being cut short so we can give recognition the Oscar winning ‘Jurassic World: Fallen Kingdom’.

Putting aside the usual Oscar connotations though, the fall season regularly yield some of the best and brightest of the year’s cinema. I get that I may sound somewhat elitists and I love summer blockbusters as much as anyone, but there’s nothing quite like seeing a film that well and truly feels like it has been birthed from a filmmakers creative and quixotic prowess. This time of year has that and more in abundance. So as ever I’m listing the ten movies for the remainder of the years than I am most excited to see.

First though, some honourable mentions. There are still a few late year blockbusters that have me intrigued on some level. Shane Black is looking to bring new life to an aging franchise with ‘The Predator’. Sony may be doing all the wrong things when it comes to their other superhero title but ‘Into the Spider-Verse’ looks like one of the most visually dynamic animated features I’ve seen in a long time. After Rob Zombie’s misguided remake you’d think we would be tired of new entries to this franchise, but with some phenomenal trailers and a ridiculous amount of talent behind it, I am beyond excited to see what David Gordon Green can accomplish with ‘Halloween’.

There are also plenty of films shaping up to be potential awards contenders. ‘Beautiful Boy’ and ‘Boy Erased’ both look like affecting dramas that should give their cast plenty of opportunities to flex their impactful range. ‘Bohemian Rhapsody’ could also yield some praise for Rami Malek as the Mr Robot star arrives on the big screen in full force with what looks like an electrifying portrayal of Freddie Mercury. ‘A Star is Born’ also carries plenty of promise with it, as does ‘Mary Queen of Scots’.

But as great as the usual awards contenders are, there are some even more interesting offers on hand from some of today’s best filmmakers. Jason Reitman is releasing his second film of 2018 as he directs Hugh Jackman in ‘The Front Runner’. Yann Demange has a twisted, more truth than fiction, crime biopic called ‘White Boy Rick’ coming out. Paul Dano makes his directorial debut with ‘Wildlife’, and speaking of actors making the jump to directing we also have to look out for Jonah Hill’s ‘Mid90s’. Mike Leigh has ‘Peterloo’, Jeremy Saulnier has ‘Hold the Dark’ and Adam McKay has ‘Backseat’. Plus there’s also ‘Destroyer’, ‘On the Basis of Sex’, ‘Cold War’, ‘Shoplifters’, ‘Under Silver Lake’…yeah basically a lot of great stuff that I’m excited for. That’s what I’m saying. 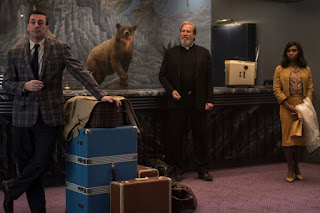 I get the sense that Drew Goddard is weirdly underrated as a filmmaker despite being the writer/director of several fantastically entertaining and brilliantly crafted films. Having directed ‘Cabin in the Woods’ and penned ‘The Martian’, his next project is the first one that will see him directing his own screenplay, and it looks thrillingly psychotic as well as brilliantly stylish. With a premise that is simply “seven strangers meet at a rundown hotel with a dark past” there’s a great openness to the story potential and I can’t wait to see what deranged and twisted treats Goddard has in store, especially with an all-star cast that includes Jeff Bridges, Jon Hamm and Chris Hemsworth. Plus the trailer looks amazing. 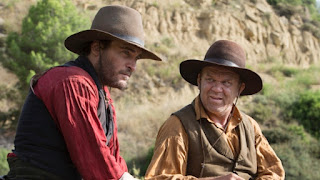 Jacques Audiard has rapidly become one of the best directors working on the global cinematic stage of this decade. Since 2009 the gifted director has given us ‘A Prophet’, ‘Rust and Bone’ and the Palme d’Or winning ‘Dheepan’. Three remarkable and amazingly varied films, now to be joined by Audiard’s next directorial outing, a darkly comedic western starring Joaquin Phoenix and John C Riley as two sibling assassins caught up in the California gold rush. With that kind of talent it’s hard not to be immediately intrigued and hope that Audiard’s first English language film can measure up to the greatness of his previous efforts. 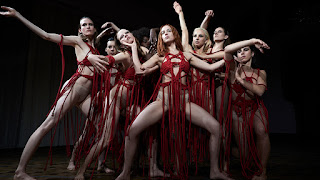 I admit it’s easy to be sceptical of a horror remake, particularly a remake of a horror film that is as bold and distinct as Dario Argento’s 1977 masterpiece. However I also can’t ignore the sheer potential that lies with handing this project to a director as gifted as Luca Guadagnino, who has delivered one expressionistic and atmospheric powerhouse after another in the form of ‘I Am Love’, ‘A Bigger Splash’ and ‘Call Me By Your Name’. Guadagnino is a highly sensual filmmaker, so to see his sensibilities applied to an unrestrained horror story should be something truly monumental to witness, as well as probably not for the faint hearted. 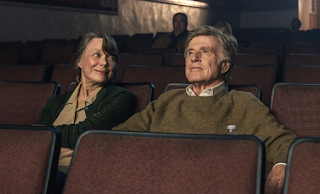 You would struggle to find a director with a more diverse career in terms of one film to another than David Lowery. From directing the whimsical (and super underrated) ‘Pete’s Dragon’ remake to the artful and utterly unique mediation on grief known as ‘A Ghost Story’, he now helms this upcoming crime comedy. But as remarkable of a filmmaker as Lowery is, the main draw surrounding ‘The Old Man and the Gun’ is that it is set to be Robert Redford’s final role as the screen legend announced his intent to retire. As sad as that may be if it proves to be true, it makes you wonder if Redford himself thought there would be no better way to bow out than this story of an aging career criminal. We shall have to wait and see. 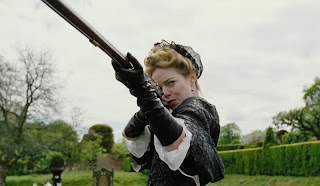 If you are looking for a set of films that are in equal parts disturbing and amusing, then you be hard pressed to find a better example of that spectrum than the career of Yorgos Lanthimos. Starring Olivia Coleman as Queen Anne, the film sees Rachel Weisz and Emma Stone portraying two duelling socialites battling over Anne’s affections. This is the first of Lanthimos’ films which he had no part writing, but his unique DNA is still all over this through his unique framing and compositional choices, and establishes ‘The Favourite’ as the latest in a series of wonderful cinematic oddities. 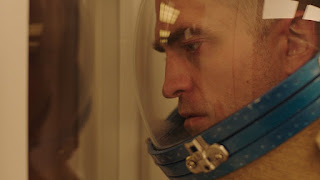 When it comes to filmmakers who embody the idea of pure cinematic storytelling, one need look no further than the unfathomable talent of Claire Denis. It’s Denis’ most ambitious and biggest film to date by a wide margin, and hopefully none of her cinematic prowess is lost in the process since the premise alone promises to offer a plethora of mind bending science fiction concepts that could cement this as a classic of the genre. It’s also intriguing to see Robert Pattinson’s career trajectory as he continues to work with gifted filmmakers like David Cronenberg, Werner Herzog and now Claire Denis. In addition the film also features Juliet Binoche, whose presence in any movie is factually proven to make said movie even better.

4: If Beale Street Could Talk 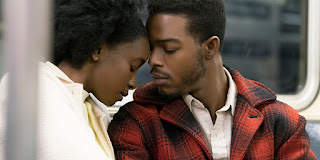 As phenomenal as ‘Moonlight’ was, perhaps my biggest take away from it was the sheer excitement to see more movies from the now established talent of Barry Jenkins. His next film seems intent on being just as socially minded and ambitious as his striking breakout feature. Adapting James Baldwin’s widely acclaimed novel of the same name, Jenkins film promises to be an impactful and moving experience, the kind of story that is sorely needed in today’s climate and will likely be a major awards contender. It also boasts a terrific ensemble cast that I’m sure will have no difficulty bringing the powerful material to the big screen with all of its emotional impact and then some. 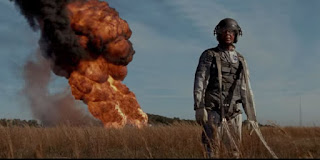 It seems we are to have a repeat of the 2016 Oscar race between Barry Jenkins’ ‘Moonlight’ and Damien Chazelle’s ‘La La Land’ because whilst Jenkins returns with the aforementioned ‘If Beale Street Could Talk’, Chazelle is delivering a biopic of Neil Armstrong titled ‘First Man’. Though it is a departure from Chazelle’s previous work (part of me is holding out hope for a surprise Jazz band or an appearance by JK Simmons on the moon), his filmmaking has always possessed a kinetic energy that could lend itself to some masterfully thrilling action sequences, which ‘First Man’ promises in abundance. Reuniting with Ryan Gosling for the lead role, Chazelle could be set to win the hearts of every awards jury all over again. 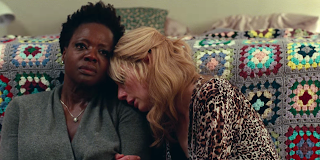 With a series of emotionally harrowing dramas under his belt, it’s interesting to see Steve McQueen take on a new genre in the form of a thriller. After four armed robbers are killed in a failed heist, their widows elect to finish the job their late husbands started. There are ensemble casts, and then there’s ‘Widows’ whose line-up includes the likes of Viola Davies, Colin Farrell, Liam Neeson, Michele Rodriguez, Daniel Kaluuya, Carrie Coon, Robert Duvall and many more. McQueen’s impeccable craft that permeates everything he makes is something I cannot wait to see used to construct a thriller of this manner, particularly one that so willingly defies the standard Hollywood conventions for the genre. As more female led films tap into box office success it wouldn’t surprise me if ‘Widows’ strikes a chord with mass audiences whilst also garnering substantial praise. 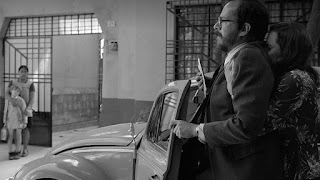 Though he is renowned for his technical marvel ‘Gravity’ as well as his seminal science fiction masterpiece ‘Children of Men’, it’s hard not to feel a slight longing for Alfonso Cuaron’s deeply personal cinematic side. Luckily it seems that nearly two decades after his enigmatic coming of age magnum opus ‘Y Tu Mama Tambien’, Cuaron is helming what looks to be a hauntingly intimate portrayal of a middle class Mexican family. Based heavily on the directors own childhood and shot in gorgeous black and white photography, one needs only look at a single frame of Cuaron’s upcoming film to know that it is something the director has poured every semblance of his being into. Nothing else in the fall season looks to be as beautifully personal or as impressively cinematic as what Cuaron is promising to deliver.
Posted by Joshua Price at 16:41