Pirates of the Caribbean: The Franchise So Far...

One would think that a theme park ride would only offer so many storylines but the folks at Walt Disney Studios evidently disagree and as we look down on what will be the fifth instalment of ‘The Pirates of the Caribbean’ franchise it seems only fitting to take a look back on the franchise so far. Wish me luck, I may not make it all the way through. 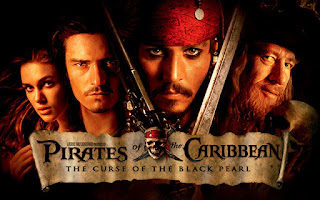 It must have come as a shock to everyone involved when that first film became the hit it did in 2003. Swashbuckling and pirate stories were not exactly a hot commodity at the time, but when ‘Curse of the Black Pearl’ opened it held a special kind of feeling that was radically different from any other major studio picture at the time. It was also significant in that it was the first film from Walt Disney to be rated PG-13 by the MPAA. Re-watching it today, with the mistakes of the sequels being so present in my mind, it was frankly astonishing how excellent that first film was. Critics will often praise a genre film for “knowing what it is” which is essentially a code phrase for being tonally consistent which is exactly what ‘Curse of the Black Pearl’ is. There is an array of action, fantasy, adventure, humour and dare I say some horror-esque elements but they all blend together brilliantly. Under the direction of Gore Verbinski the film has a finely crafted feel to it but also a sense of pulsating energy that permeates every frame.


What is more impressive still is the character work. In an odd way it reminds me of James Gunn’s recent films (and not just because Zoe Saldana is in it) in that every character has some sort of arc, development or running theme. Even minor characters get some sort of cathartic moment to an aspect of their personality that was earlier established and even though there is still a lot going on in regards to backstories and exposition it all feels intrinsically linked to the main focus of the film, as well as being delivered in a way that feels natural to the plot’s progression. Even the CGI holds up remarkably well, particularly in a climactic action sequence where the actors are repeatedly and seamlessly switched out with CGI doubles.


The real strong point though is the cast who are all terrific in their roles. Orlando Bloom and Keira Knightly share good on screen chemistry that can carry the emotional crux of the movie. It’s great to see Geoffrey Rush being so fully committed to the role as the villainous Barbossa, bringing great charisma and menace to the part. But if we’re talking charisma you know where this is going. Johnny Depp received an Oscar nomination for his role as Captain Jack Sparrow and honestly, taking this movie alone it’s not at all surprising. Depp so many distinct nuances and great physical traits to the character that he is instantly burned into your memory. Yes it’s a caricature but it’s a caricature done with such commitment and flawlessness that you have to applaud. 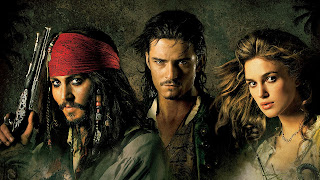 Sadly, like any caricature though, when it’s overused it can go from charming to annoying in a matter of minutes. That is one of the many problems with the higher budget sequel ‘Dead Man’s Chest’. That being said there is a lot to like in this mess of a film. It loses that tonal consistency that made the first one so enjoyable and the pacing and structure of the film is so convoluted that it feels exhausting to sit through it. Whereas you could argue Depp was just part of an ensemble in the first he seems to be thrust forward and centre here (I’ll elaborate later on why that is such a problem as it only gets worse as the films progress). The problem is that each plot thread and sequence feels enjoyable enough, but hardly any of them feel relevant to the main story of the movie, which is….I’m honestly not that sure. Take the reunion of Jack and Will, which is established via a lengthy sub-plot about cannibal tribes and false gods that feels fun at first but is treated with such seriousness and goes on for so long that it detracts from the main movie. But as I said, there’s still a lot to enjoy especially as Verbinski’s direction is still superb and the cinematography in particular feels like a significant improvement upon the first. Some of the set pieces are especially inspired, such as the three way duel. Not only is it brilliantly staged and orchestrated but every character involved has an established and relatable motivation, and the sequence itself escalates with such brilliant ridiculousness that just when you think it’s reached its height it goes on even more and is great for it. But then you reach the end of it, exhilarated and exhausted, and you realise there’s still half an hour of the movie left and you don’t have the energy to care. 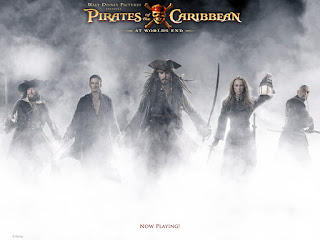 Mind you, all of this is nothing compared to what is next. When people ask about the most confusing movies ever made they recall the work of David Lynch or Ingmar Bergman. I however, point to ‘Pirates of the Caribbean: At World’s End’. It seems that in the process of making these films someone forgot to tell the creative team that their movie isn’t ‘Lord of the Rings’. It’s not based on one of the most acclaimed works of fiction of the 20th century, it is based on a theme park ride. As I said before, the first movie still had a lot going on but it was all with the intent of going towards a single goal. You could sum up the plot in a few sentences and the rest was just there to enrich the characters and world. To this day I still have no idea what the plot of ‘At World’s End’. It’s just minute after minute of contrived plot points, overly complicated mythology and an infuriating amount of rules and regulation governing this supposed pirate fantasy. And it all goes NOWHERE, I mean literally nothing has any bearing or relevance to the ultimate plot. The pirate brethren, pieces of eight, detour to Shanghai, weird multiple personalities of Johnny Depp, something to do with an East India Trading Company and another ship of undead monsters, it all amounts to jack-shit. There are entire subplots of this movie that I had completely erased from my memory, subplots that take up a good half hour of the films gargantuan runtime. One scene isn’t just tonally inconsistent from another, it’s on an entirely different astral plane. Character development and motivations are almost as nonsensical as the actual character actions, with everyone betraying everyone else despite the fact that the previous movies led me to believe that they actually had some mild affection for one another, or at least enough not to sell them down the river when it’s convenient. What was even up with that whole Calypso thing? Was all that just so you could get a cool set piece at the end of your movie? You know there is such a thing as editing right? 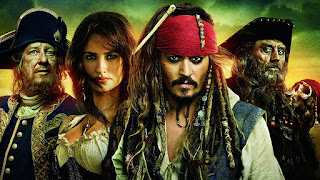 So, I decided to bail on that before I drifted into insanity. So four years later Jack Sparrow returned yet again with ‘On Stranger Tides’ which at the very least manages to go back to basics. No more complicated squid monsters and sea Goddess’, just Jack and some fine adventure. Except it kind of sucks. By no means is there anything inherently wrong with ‘On Stranger Tides’ but it feels so completely devoid of that innovation and distinct charm that made the first film so enjoyable. The plot, action and general tone of the movie just all feel flat and uninspired. I think a lot of that is due to the character dynamic. As I stated earlier Jack Sparrow simply does not work when he isn’t part of an ensemble. For these films to succeed they rely on his antics and charisma being ever present throughout the story, which doesn’t exactly lend itself to character depth or dramatic range. He needs to stay the same throughout because any development would risk changing his character. In the first film we had Bloom and Knightly to provide the emotional arc of the movie whilst Jack reacted to them whilst setting the plot in motion. Sparrow is the maverick to the straight man that is the rest of the world. When you try to make a caricature the focus of your movie it doesn’t matter how well Depp plays him, he’s still a caricature. Which brings us up to date and up to the next one. Learn from your mistakes guys.

Email ThisBlogThis!Share to TwitterShare to FacebookShare to Pinterest
Labels: The Franchise So Far