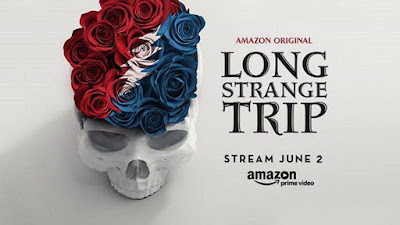 "It's not up to us to define The Grateful Dead. This living, breathing thing. that's one of the parts of its magic."

I’m not going to pretend that I’m a devout fan The Grateful Dead, which is not to say I don’t listen to and enjoy some of their music but that’s more do to with the fact that I’m a fan of that era of music in general rather than a specific devotion to that band. I certainly don’t feel a personal love for them in the same way I do for the likes of Pink Floyd and Led Zeppelin even though Grateful Dead’s cultural impact and craftsmanship probably puts them on par both. Therefore I was a little intimidated by a four hour documentary about the band.


Emerging from the Bay Area's vibrant 1960s counterculture, the Grateful Dead were a motley crew whose unique sound sprang from an eclectic blend of influences: bluegrass, folk ballads, R&B, free-form jazz, classical and jug band. It was a chaotic and unforgettable era not just for the band but for music in general, and this documentary chronicles that entire long, strange trip.


As I said before, I was watching this cdoucmentary more out of an interest in that general era of rock music rather than The Grateful Dead specifically. That being said I don’t think it’s humanly possible to watch ‘Long Strange Trip’ and not leave with a newfound respect and admiration for the band and its work. While the first half an hour did not seem overtly enthralling to me I’m glad I persisted because once the documentary gets up to steam it takes the viewer on a detailed journey of what made the band so special, and why their legacy endures to this day.


That’s not to say that first half an hour is bad by any means. It’s a well put together, if not somewhat standard, account of how the band formed and broke out onto the circuit. It’s polished and by the numbers but I’m sure any huge fans of the band would appreciate the dive into their origins. After that point though, the movie becomes a masterclass of documented storytelling. The narrative takes us on this incredible journey that links one emotional set piece to another, stressing their personal importance but also placing them within the context of the larger cultural circle the band was part of.


The movie features numerous interviews from the remaining members of the band, some of their biggest fans and music scholars. They all feel infused with such passion that you can feel the adoration they have for the band just from their words alone. The way they are edited into the main narrative means that their emotional resonance is never lost. But what is even more impressive is the sheer amount of footage to be found. Both the still photos and filmed footage is presented brilliantly, being restored to a cinematic quality that fully captures the acid coloured vibes of the era in which they were filmed. The sound design is also exceptional in the way it mixes the band’s music, interviews and the original archive sound in an overlapping cacophony. 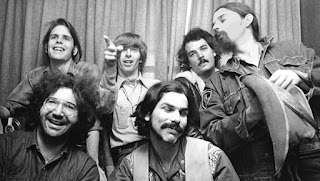 But it’s more than just technical prowess that make this an excellent movie. Its structure defies the convention of most music documentaries, telling its story in a series of vignettes rather than a chronological recounting of events. Director Amir Bar-Lev chooses to separate the movie into six acts that each play out like a miniature movie in itself. While this can feel episodes at times there is always the through line of the band itself that makes it feel like a unified whole. The movie never forgets where its focus is and is all the better for it.  The fact that the movie is aiming to capture the spirit of the band rather than its definitive history is clear as large chunks of the band’s evolution are left out. But it never feels like a page was missing due to the way the movie focusses on specific details while capturing the broader scope of how the band felt.


Unlike many music documentaries that feel less involving as they reach their conclusion, ‘Long Strange Trip’ only grows more involving as it ploughs on. From the onset of their mass fan base that resulted in tidal waves of humans trying to gain access to the band’s concerts to the way their fame began to worry the band itself concerning the power they wielded. Mind you, when I say band, specifically I mean Jerry Garcia who is certainly the protagonist of the film. The other many members of Grateful Dead play more of a supporting role as the movie focusses not only on Garcia’s original vision for the band but also his trials and tribulations in dealing with the legacy he was forging. His triumphant return to the stage 1987 following a string of health problems has the same kind of cathartic impact you would find in any fictional feature. Then his final stage tours in the 1990s, which see Garcia as a world weary artist are almost operatic in their emotional resonance. It may be a rock epic but ‘Long Strange Trip’ works just as well as a character study.


Like the music of its subject, ‘Long Strange Trip’ is epic, sprawling and complex, but also endlessly enthralling and impossible to turn away from.