One week on from the 2018 San Diego Comic Con and now that the dust has settled and the initial hype is over, I want to look at each (and by “each” I mean “the ones I can squeeze an obligatory post from) trailer and what it promises for its upcoming movie. Who were the winners? Who came up short? And could anything possible be worse than that ‘Titans’ trailer? (the answer is no to that last one by the way, nothing will ever be worse, we found out society’s lowest point).


Also I should note this is less about the trailer itself and more relating to speculation regarding the movie each one is advertising since trying to critique a trailer is ultimately pretty pointless since it’s hardly reflective of a film’s overall quality. Enjoy! 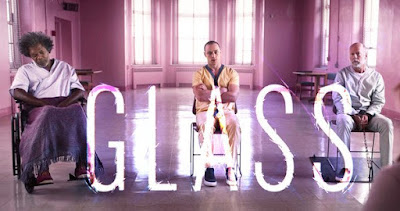 The only thing more unexpected than M Night Shyamalan finally making a return to form with 2017’s ‘Split’ was that he would use that opportunity to finally make a successor to his heavily praised 2000 film ‘Unbreakable’. What many initially assumed might only be an Easter egg for loyal fans, has quickly materialised into the third part of a deeply fascinating trilogy. Shymalan used ‘Unbreakable’ to deconstruct the superhero on film, and in the time since its release the movie has become strikingly relevant to what currently dominates the blockbuster landscape.


Obviously with it being Shyamalan I can’t help but exercise some caution in whether ‘Glass’ will live up to its potential. But there’s little denying that Shyamalan managed to draw the best from its three leads when he worked with each of them. James McAvoy is once again electrifying just from the brief glimpses alone, whilst Bruce Willis exudes the same noble stoicism that makes his presence very welcome. But the scene stealer has to be Samuel L Jackson’s clinical menace, as Mr Glass remains a character unlike any other he’s played. If ‘Glass’ as a movie can match the quality of the actors inhabiting it, then we could be witnessing something very special.

Fantastic Beasts: The Crimes of Grindelwald 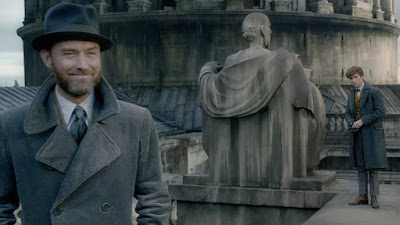 In retrospect I think one of the commendable aspects of 2016’s ‘Fantastic Beasts and Where to Find Them’ was how it didn’t indulge too heavily in the Harry Potter iconography. Though it was very much in the same world as Harry Potter, it at least felt like an individual story. It’s why I am a little irked by this trailer for the sequel to immediately go back to Hogwarts. As much as I adore the Wizarding School as a location it can’t help but feel shoehorned into this trailer. They even go as far as to reference a scene from the single best ‘Harry Potter’ movie (fight anyone who says otherwise) just to toy with my emotions.


But on the plus side ‘The Crimes of Grindelwald’ does feel much more focussed and driven than its predecessor, which spent far too long meandering around to feel urgently compelling. I also like the idea of exploring Newt more since we got fragments of character development but no cohesive arc in the first one, even though said fragments did seem interesting. The sheer creativity of JK Rowling’s world always shines through and if nothing else we’re sure to be in for a visual splendour of great production design and visual set pieces. I even found Johnny Depp as Grindelwald to be somewhat decent, even if I would trade him for Colin Farrell in a heartbeat.

Godzilla: King of the Monsters 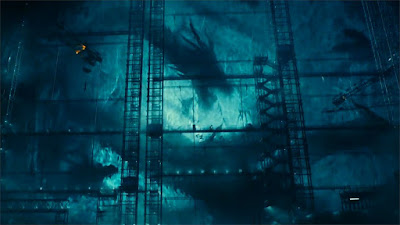 Yes everyone probably wants to talk about the music choice for this trailer first, and I hate to give into a trope but I feel like I have to as well. While I had my doubts at first the gentle harmony that built in volume and impact to terrific effect. The editing did so much to complement the music choice and both actively raised the trailer to very impressive heights. Based on the trailer I can also praise ‘Godzilla: King of the Monsters’ for its varied colour palette. The contrast of orange and teal may be a trope but it’s an effective one, and the constantly opposing cuts from each palette to the next make each individual shot stand out.


It was also upon watching this trailer that I realised for the first time just what an impressive cast this film boasts. The likes of Kyle Chandler, Sally Hawkins and Ken Wantanabe would be intriguing, but then you take into account Charles Dance, Millie Bobby Brown, O’Shea Jackson Jr and Thomas Middleditch as well just to make everything even better. But the real star is of course the titular king of monsters. Based on the trailer I worry that Michael Dougherty isn’t as restrained as Gareth Edwards when it comes to depicting the monster (something I greatly admired about the 2014 film) but then again he has earned the right to up the ante for the sequel so we’ll have to wait with baited breath.

Perhaps the biggest surprise of SDCC this year was the notion that a DC movie might be fun and uplifting again. Obviously Patty Jenkins’ ‘Wonder Woman’ conveyed that and then some, but it was sad to see the good will DC built with that film slowly seep away as the disaster that was ‘Justice League’ came and bombed. Luckily though, the folks at Warner Bros might have learned their lesson. The trick that DC seem to have finally tapped into is that they need only make good movies (an oversimplification I admit but stay with me). When so many studios are so far ahead in the Cinematic Universe game, it makes so much more sense for DC to just rely on telling stand alone stories and focus on making them and them alone into the best possible film they can.


‘Shazam!’ just looks like great fun, a superhero film directly about the demographic who can find the most joy in the genre. The trailer just carries this infectious energy that has me very excited to see what awaits. Zachary Levi is immensely charismatic in the lead role, and fits perfectly into what a kid’s concept of a superhero would be like. The costume is also so wonderfully cinematic yet comic accurate at the same time that it makes me smile all on it’s own. 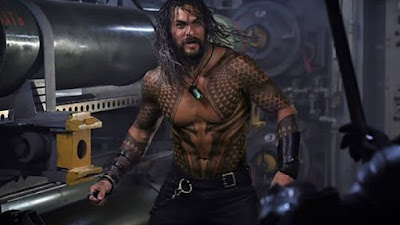 Then there’s ‘Aquaman’ which…also pleasantly surprised me. Though I remain sceptical for the movie as a whole, I can’t deny that the trailer definitely swayed me to a more optimistic place. I’ll start with my biggest gripe in that I still fear Jason Mamoa’s iteration of the character just seems to bipolar for me to see him as an empathetic character. Even in the trailer he seems to be switching between the dark and brooding tone that reeks of being too desperate to disregard to inherent silliness of the character, to then lean completely into the ridiculousness and be pleasingly boisterous.


Putting that aside, the score alone seems to be very affecting. Within the trailer it creates a rousing sense of anticipation and awe inspiring quality.  I also love how James Wan has rendered Atlantis as a tactile world within this trailer. From a few shots alone he seems to have an explicit vision of what this environment is going to stir within its audience. The CGI leaves a little to be desired but I can forgive that for the overall feel and emotional weight of the trailer. If it’s main goal was to convince me that there’s a chance of an ‘Aquaman’ movie being a serious commodity then it succeeded as far as I’m concerned.