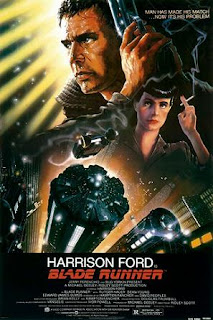 This may be odd to hear from a fan of ‘Blade Runner’, but I’ve never been that fascinated with answering the “Is Deckard a replicant?” question. To clarify, I love the actual concept and regard it’s inclusion in the script as one of the best ambiguities in all of cinema. But in terms of actually answering the question and uncovering the truth, that part automatically makes me less interested in it. I think anyone who insists upon a definitive answer to the question shows a misunderstanding of what makes ‘Blade Runner’ as great as it is.


Ridley Scott’s 1982 masterpiece remains a staple of science fiction cinema and is widely praised as a prominent example of neo noir cinema. Like the best of noirs it deals with themes of morality and identity above all else, which is tied into the film’s central mystery regarding what Deckard is. The movie is shrouded in larger themes about our society, what it means to be human and the value we place on life. But at the end of the day its narrative boils down to a man questioning his literal identity in the face of a conflicted sense of morality.


In a film that seeks to emphasise the difference between replicant and human, from their reflective eyes to the way Scott continuously places them on opposing sides of the frame, ‘Blade Runner’ also goes out of its way to blur the lines between them as the movie progresses. The whole debate on whether a replicant can be equated to a human is there to serve for Deckard’s eventual progression. Pris quotes Rene Descartes’ pondering “I think therefore I am” to Sebastian as a way to further her and Roy’s argument. It’s no accident that Sebastian has surrounded himself with his own creations (that he may or may not be having sex with, it’s not really something I like to think about) that according to society are no different to Pris or Roy.


This whole view of a replicant is embodied by Deckard at the start. He states that “replicants are like any other machine. They’re either a benefit or a hazard”. Part of his job is to assess whether the object in front of him is a human or replicant, based on whether their memories are “real” or implanted. This concept of the meaning of memories is one of the film’s most prominent motifs. Deckard uses the pictures containing Leon’s memories to track down the replicants, his knowledge of Rachel’s memories are what confirms her to be a replicant and when Roy finally accepts his death he recites some of his memories. Memories that, as far as the script suggest, could well be implanted also but hold as much meaning to him in that moment as anything that society deems to be real. 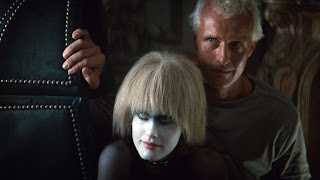 In fact to go back to Pris’ quotation of Descartes, the statement she recites is based on the very idea that to doubt one’s existence is prove of that very existence. Furthermore, the replicants don’t just think independently, they have a desire to live, a survival instinct, a need to prolong their life. Is there any desire more deeply human than that? They’re better than the humans who created them in almost every regard, being stronger, smarter and better at giving monologues about the meaning of life while dying in a cool way. Yet they find themselves hiding amongst the dregs of humanity on earth, the humans who are too unhealthy to leave for a better life elsewhere.


When you consider all of this, it’s not a huge leap to think that the sympathetic protagonist of ‘Blade Runner’ is not Rick Deckard at all, it’s Roy Batty. Though there’s some form of threat that makes him take the job, Deckard’s motivation is essentially a chance to mildly improve his current life. Chances are if he fails at his mission he will go on living in the dystopian Los Angeles. Roy on the other hand, will die if he fails his mission. His motivation is basic survival. He gets just as much screen time as Deckard and his plight is more sympathetic. All signs point towards Roy being the protagonist of this story.


It’s here that you have the question of morality. Deckard is hunting someone with intent to kill merely because his target demanded the right to live. In the process of course, Roy and his associates did murder several people but out of a desire to prolong their own lives which are seen as completely disposable. Roy, Pris, Leon and Zhora are at the front of a social movement whilst Deckard is the system that seeks to oppress them. Historically in fiction it’s rare for the story to make the oppressive system its protagonist. 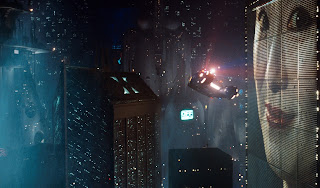 But for a noir story, it opens up a plethora of moral quandaries that drive ‘Blade Runner’. Like any noir film it’s highly atmospheric with the neon lights, ever present rain and giant architecture. It builds an entire universe with very little spoken exposition and one quick summation of the environment via text at the start. One only has to watch ‘Blade Runner’ to understand why Ridley Scott is so often praised as an atmospheric director. His creative decisions within ‘Blade Runner’ never fail to immerse you within his meticulously crafted world so that by the end you are fully accepting of its laws and layout. Any other director might get caught up in trying to explain the specific details of this world but Scott conveys that easily, leaving him free to explore the nuances of character and the broader themes that the story raises.


Entire essays have been written just on what the visual language of ‘Blade Runner’ says about society. The way Scott paints a portrait of a world in which technology has advanced but the social structure has crumbled beneath it. The way it pushes a postmodern mind set in how it combines various cultures and concepts to create that world is a ground breaking feat of cinema all on its own. Yet people continually insist upon finding out whether Deckard is a replicant or not.


The journey Deckard goes on through this movie is not one of moral uncertainty. Noir movies deal in moral uncertainty as major themes from Billy Wilder’s ‘Double Indemnity’ to Roman Polanski’s ‘Chinatown’. They all want to show an individual undergoes a crisis of conscience and ‘Blade Runner’ is no different. Deckard finds himself falling in love with a replicant, shows remorse for killing one and is eventually saved by one. At the start of the movie he was a man who likened them to any other machine and yet by its conclusion he is so taken by their similarities to humans that he considers the possibility that he might be one himself.


This moral ambiguity is very prominent in the films climax. As Deckard and Roy face off their fight becomes less about their immediate conflict and more about their mental relationship. Roy taunts Deckard throughout and through fighting him displays a clear superiority both mentally and physically. To this point Deckard’s main skill in terms of combat has been to point and shoot, whilst Roy employs dozens of surprise tactics to try and overcome him.

This all leads to the point of how, in the end, Roy does overcome him. The replicant has beaten the Blade Runner and is at a point where he can sit back and watch Deckard fall to his death. But in that moment Batty chooses to save his adversary and then dies right in front of Deckard. Much has been said about why Roy saves Deckard. Maybe in that moment he chose to show how by sparing Deckard he had committed an act of humanity, a final statement to prove his own point. Maybe he considered the death meaningless and instead of spilling more blood chose to let bygones be bygones. Maybe he wanted an audience for his amazing monologue (I know I would if I came up with that). Or maybe it ties into the movie’s final mystery and Roy himself realised that Deckard was a replicant so chose to save him, leaving his final message regarding memories as a final taunt as the same fate awaits Deckard.


Like any classic noir protagonist Deckard absorbs the pain of those around him as his own. He clearly feels remorse for telling Rachel what she was and seems guilt ridden over gunning down Zhora. He grows to question where he stands in the world and questions is very identity within it. I think by the end of the movie his decision to leave with Rachel shows that he is content with not caring whether or not someone’s life is manufactured or the product of nature. The idea that said life can be lost is what drives every decision in the film and it’s something that unifies every character. By the end he may or may not be a replicant but he also seems to be beyond caring.
Posted by Joshua Price at 15:28