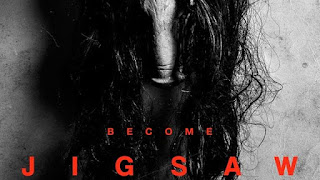 "Live or die, the choice is yours."

Much like ‘Friday the 13th’, the ‘Saw’ franchise has stemmed a diminishing set of sequels that marketed themselves as annual events that could be synonymous from Halloween itself, all based from the success of a first instalment that, if we’re being brutally honest, wasn’t that great to begin with. Now, a full seven years after the release of ‘Saw 3D’ (yes just like ‘Friday the 13th’ this franchise also had its redundant 3D gimmick instalment), there is a new entry to the series.


After a series of murders bearing all the markings of the Jigsaw killer, law enforcement officials find themselves chasing the ghost of a man who has been dead for over a decade, and they become embroiled in a new game that's only just begun. Is John Kramer back from the dead to remind the world to be grateful for the gift of life? Or is this a trap set by a killer with designs of his own?


I will at least give the ‘Saw’ movies credit for having a strict continuity. They are really committed to maintaining their own convoluted mythology throughout all six sequels, going so far as to kill of their central character in the third instalment and not immediately resurrect him. Instead they show Jigsaw through flashbacks detailing how he set up some elaborate trap to be executed posthumously. Admittedly the plot is astronomically dumb and fails to be even remotely watertight if you give it one second of thought, as well as the fact that I highly doubt any audience member for these movies is there to see the intricate plot and not the splatter-fest. But still, points for trying.


Now, if this sounds like I’m stalling by discussing the ‘Saw’ franchise as a whole more than this newest instalment then that’s because ‘Jigsaw’ doesn’t really offer much in the way of anything. More traps, more gory deaths, more Tobin Bell monologues about morality and ambiguity (even though there is no moral grey area here as I’m pretty sure anyone could conclusively call Jigsaw a murderer). If anything ‘Jigsaw’ seems like a tamer version of the ‘Saw’ movies as though there is still an abundance of gore it seems to be fairly sanitised, at least as far as this franchise goes. I assume this movie was intended to try and reach a wider audience above the long term fans, especially since it disregards the series continuity to be more accessible to anyone who hadn’t subjected themselves to the previous movies.


I will at least say that the traps this franchise prides itself on are somewhat inventive. The exact inner workings of them seems ridiculous in a way that doesn’t fit the tone the movie wants to create, but I can at least say they were imaginative in their conception. The environment in which the trap is in also makes for a refreshing change, as instead of opting for abandoned warehouse #5 we find ourselves in a day lit barn which in an odd way actually seems a little more menacing. But as I said the scenario is also so ridiculous that when contrasted against some serious police procedural as the authorities try to uncover Jigsaw’s identity the film starts to feel at odds with itself on a tonal level. 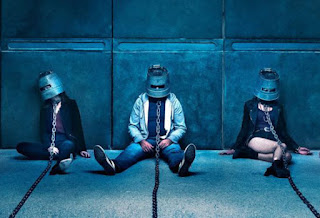 Another comparison to make between ‘Saw’ and ‘Friday the 13th’ is that the series transitioned away from the being about the victims to being about the killer. ‘Jigsaw’ does at least attempt to move back towards a focus on the victims as the characters themselves aren’t terribly drawn. At the very least it feels like some effort was put into them and they are not outright insufferable to watch on screen. The acting is far from anything that would surprise me but it’s decent enough. I can say that while I didn’t buy that any of these people were fully fleshed out characters I did at least believe that they were people stranded in a bad situation. So…progress I guess?


On a technical level the movie is directed decently enough. There’s a large amount of quick edits in scenes that are supposed to be highly intense that I found extremely annoying, but for the most part the movie maintains a consistent visual style and at least looks a little more cinematic than its predecessors. I understand that praising a movie for looking like a movie isn’t exactly high esteem but in this franchise you take what you can get.


Where ‘Jigsaw’ fails most is just how repetitive it feels. I’ve said before that there is nothing wrong with sequels repeating narrative beats from there frontrunners (see ‘The Last Crusade, ‘Toy Story 3’, ‘Terminator 2’ and ‘The Force Awakens’) but when your character dynamic, plot structure, development, pacing, narrative beats and eventual arc are near identical to the previous movies as they are in ‘Jigsaw’ then it just feels like a redundancy.


While not as offensively terrible as some of the other entries in this convoluted franchise, ‘Jigsaw’ is still a long way away from reigniting any interest in it.