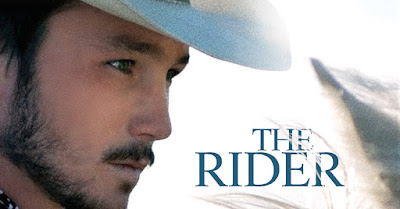 "I believe god gives each of us a purpose. For a horse it's to run across the prairie, for a cowboy it's to ride."

It is always intensely fascinating to see a filmmaker tackle a subject and environment that is outside of their own perspective and environment. As a female director who hails from Beijing, Chloe Zhao’s portrait of masculinity set against the backdrop of the American Midwest that we see in her second feature ‘The Rider’ feels so beautifully and painfully authentic that it is astonishing just in its sheer presence. Before even mentioning the lyrical poignancy of the film or its thematic weight, just the most surface level observations are worthy of praise.

Once a rising star on the rodeo circuit, Brady Blackburn’s (Brady Jandreau) life is altered by a severe accident, causing brain damage that leaves him with impaired motor abilities and prone to seizures. Unable to ride, he finds himself aimless and unsure of what his purpose is as he searches for ways in which he can provide financial support to his father and sister.

With her use of untrained actors who are essentially playing versions of their own lives, Zhao’s film is about as close to a documentary as narrative cinema can get. It would be difficult not to overuse the word “truthful” to describe ‘The Rider’ as it truly as a deeply authentic look into an individual’s life which in turn shines a light on the very environment he was born into. It a film which is as much about the backdrop as its characters, a study of masculinity, morality and expectations placed upon someone whose sole purpose in life is suddenly ripped away from them when they least expect it.

The film contains so many faithful examples of the day to day reality that I found myself overlooking some of the most remarkable instances of this. Whether it is the film showcases Brady’s training of horses, or his preparations to ride one, or simply his instructions towards others about to do the same, the nuance of the movement and complete commitment to the story at hand ultimately crosses the line between what one could even consider a performance. Apparently some of these events were not even planned, but simply a natural subtlety which Zhao captured during the shoot. Once you see the film you realise unsurprising that piece of behind the scenes information actually is.

It’s for that reason that I am slightly at a loss for how to describe Jandreau’s performance as it is more a reflection of his own life than any acting role. But then again to render yourself in such a brutally honest light, from Brady’s psychical limitations to his emotional despair of not being able to pursue what he loves, is brave and endearing beyond words. Even without knowing the history of this film’s leading man I found myself completely immersed in his plight and struggle both to piece his live back together and find new meaning from within those pieces.

Zhao is far from obsessed with purely this one man though, her emphasis on the landscapes and rough terrain within ‘The Rider’ reinforces the film’s thematic crux of being just as focussed on the world which Brady inhabits. The rodeo circuit is shown to be a striking and remarkable one, but a profession that can be broken by in a matter of seconds for those performing. The story is populated with others like Brady, who have faced injuries in the rodeo from which they will never fully recover. They are all a haunting reminder of this devastating point, that for all its showmanship and time honoured traditions the circuit has claimed plenty of casualties. 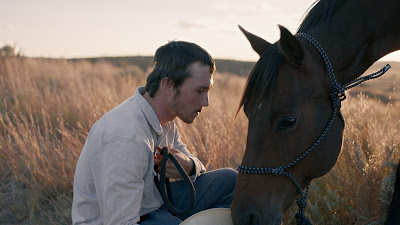 However it would be insensitive to imply that these characters are treated as ghosts whose only purpose is to reinforce a thematic crux. Many of these actors are, like Jandreau, barely separated from their filmic counterparts, and Zhao frames them with such empathy that the scenes involving them make for immensely intimate cinema. The humanity within these interactions, where each small triumph and moment to laugh, is apparent and revelled in. They are still most certainly living, despite their injuries, a point which ultimately ties into an emotionally resonant conversation between Brady and his sister near the end of the movie.

Once you near the end of the movie it becomes apparent that ‘The Rider’ possesses no clearly defined plot, or at least not in the conventional sense. There is no overarching narration or any build towards a climactic conflict. It’s more a collection of experiences that reinforce a theme, a method that can often descend into aimless meandering. However the movie retains that immersive feel for the entirety of its runtime. The strength from which is makes Brady’s experiences and struggles absorbing is how it demands the viewers’ attention. He is framed closely and intimately, allowing us to observe every subtlety within his demeanour.

The way in which Zhao’s film unfolds could most certainly be described as poetic, a lyrical tone that manifests itself within every scene of the movie. In its sweeping wide shots in which it dwells on the landscape itself, the film almost seems to be asking the viewer to ponder the deeper themes at hand just as Brady does numerous times throughout the film. But rooted within all of this thematic storytelling is a narrative of deep humanity. Above all else you can constantly connect to Brady’s own desire to simply follow his dreams while his body refuses to let him. It’s a story we have seen before but rarely has it been rendered with quite the level of expressive beauty as Zhao has here.

‘The Rider’ is a hopeful, heart-breaking and deeply humane vision that blurs the lines between cinema and reality.