Recapping the MCU: The Incredible Hulk 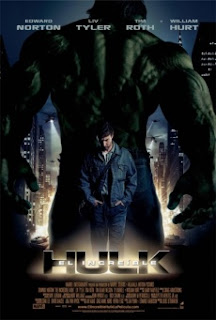 Out of all the MCU movies, it seems as if ‘The Incredible Hulk’ is the one that is most regularly forgotten. It has the least amount of fallible continuity and connectivity to the rest of the franchise to a point Marvel literally recast the titular character for his next appearance in ‘The Avengers’. As much as I would love to be the contrarian and proclaim it as an underrated gem, it isn’t.

Ultimately ‘The Incredible Hulk’ contains a lot of redeeming features that prevent it from being a bad entry in the franchise, but it lacks any distinguishing aspects that would mark it as a worthwhile instalment. When you look at it in the larger expanse of the MCU it holds little relevance so is hardly worth revisiting, and as a standalone film there’s still little value to it. That being said it does boast a lot of intelligent and conceptually interesting ideas.

It’s only natural for a character like Bruce Banner that his solo outing serve as a character study, given that his powers are intrinsically linked to his own emotional state. ‘The Incredible Hulk’ makes a point of using Banner’s progression through the movie as a recurring motif. It starts off promisingly here but soon unravels due to two setbacks. Firstly Banner’s arc seems predictable from the outset, rarely defying expectations and never developing any of his emotional turns beyond their most basic level.

The second issue is how the development within ‘The Incredible Hulk’ is paced. The emotional arc is completely disconnected from the central plot, so they don’t feel as if they are complementing the other as much as they are halting each other’s progress. None of Banner’s development advances the plot, whilst the plot never enforces his arc. In that sense the film not only falters as a character study, but also as an action movie. Though the comparison between action scenes and musical numbers is a trope, it’s an accurate one. None of the fight scenes in ‘The Incredible Hulk’ advance the characters so they feel like a secondary feature.

The result is a sense of dissonance throughout the film that harms its structure and pacing. ‘The Incredible Hulk’ can’t help but feel like two conflicting movies rather than a seamless narrative. It’s not as if achieving that seamless narrative is impossible either since Marvel literally did just that with the processor to this film. In ‘Iron Man’ the decisions of the titular character have real consequences for the plot whereas in ‘The Incredible Hulk’ it seems as if ether one could unfold even if the other didn’t exist. 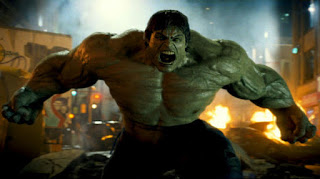 But as I stated at the start of his review, there are plenty of redeeming qualities to ‘The Incredible Hulk’. One of them is Edward Norton’s performance which, despite not being a stretch compared to his best performances, does a great deal to convey the inner turmoil that is constantly boiling over. While Mark Ruffalo’s performance would tap into Bruce Banner’s more deep-seated psychological issues, Norton’ painted a portrait of a man whose constant emotional management seemed to actually be straining him on a psychical level. There’s a great world weariness to his portrayal of Banner.

The narrative doesn’t really allow the rest of the cast to stand out all that much, but they are all effective with what they are given. Tim Roth’s Abomination may not be the most memorable villain in the Marvel catalogue, but when he is on screen he gives the character a sense of presence that creates a genuine sense of threat throughout. The fact that his transformation into Abomination is linked with the injures he sustained from his encounter with the Hulks one the rare instances n the film in which the characters and narrative actually seem to complement one another. But there’s still not enough depth or motivation for the conflict to feel truly earned.

Perhaps another reason for the conflict between the film’s protagonist and antagonist is that their fight scenes are far from the best directed action scenes in the MCU. CGI is obviously an essential part of bringing the Hulk to life, but director Loiuis Leterrier can’t quite render with any dexterity. His visual style doesn’t possess much variation either, so even if the set pieces of each fight are interesting the way they are presented never feels purposeful. The geography of each action scene is always a little unclear as well, so the scenes never quite flow in the way a truly invigorating action scene should.

Much like it’s tirle character, ‘The Incredible Hulk’ is at odds with itself and never seems to work as a cohesive whole.