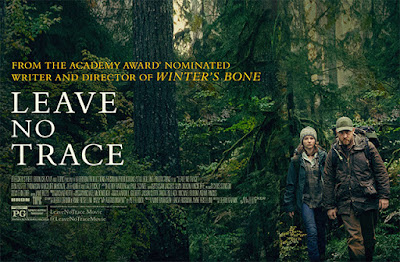 It is worth paying attention to the leads in Debra Granik’s films because twice now she has launched the prolific careers of two actors with each successive film that introduced them to the world. The first was in 2004 when ‘Down to the Bone’ gave way to a number of acclaimed roles for Vera Farmiga, then again in 2010 when ‘Winter’s Bone’ kick started Jenifer Lawrence’s superstar career. So her third feature ‘Leave No Trace’ is certainly nothing to overlook, both due to what it could yield for the actors involved as well as its masterful quality.

Will (Ben Foster) and his daughter Tom (Thomasin McKenzie) live a perfect but mysterious existence in Forest Park, a beautiful nature reserve near Portland, Oregon, rarely making contact with the world. But when a small mistake tips them off to authorities, they are sent on an increasingly erratic journey in search of a place to call their own.

Granik’s films have displayed strong themes of personal willpower, as well as an undercurrent of social critique. Those two elements are once again very pertinent in her latest feature, as on the one hand ‘Leave No Trace’ is a character study of two deeply connected people slowly coming to terms with the fact that they each have fundamentally different outlooks on life. Despite a laser focus on those two characters, it is hard not to grasp the underlying message Granik is also looking to convey as she provides a snapshot of people trying to piece their lives back together.

What makes those thematic messages feel so powerful is Granik’s complete trust in her audience and confidence in her own visual storytelling. The first act of ‘Leave No Trace’ contains minimal dialogue and yet Granik presents such an acute portrait of two people, how they live and how they relate to one another that it is quite simply astounding. Not only does the film open its story with no dialogue, it makes the absence of speech a fundamental part of its storytelling. We get an intuitive sense of just how deeply connected this father and daughter bond is, how their routines unfold and how they possess an intuitive understanding of each other. We are never told exactly how long the two have been living outside of civilisation, but their interaction makes us subconsciously aware that it has been long enough to a point where they are instinctively accustomed to this way of life.

The fact that the characterisations are so strong from the start is a testament to the incredible performances of McKenzie and Foster. Just their very movement and interaction communicates volumes, which is likely why Granik so often uses her frames to emphasize those movements in all their detail. As the movie progresses, so do their performances as they add new layers of depth to their characters. Foster portrays a man who either refuses, or simply is incapable, of fitting into a larger world. His deep seated scars and trauma are clear but never overwhelming in his performance as Foster takes the time to craft a fully realised character before revealing those layers as the film progresses. 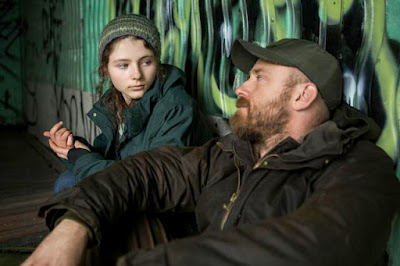 Simultaneously it’s McKenzie who has to adjust the most in her performance through the film. Going from the naïve bewilderment of suddenly being plunged into a new world once she and her father are uprooted, her character must go through the disenchantment of realising that her father is damaged in ways she cannot understand. McKenzie handles and conveys each step of this development with such brilliant precision and naturalism that it can be difficult to remember you are merely watching a performance. Her emotive responses feel so perfectly restrained so as to not clash with the reserved young woman who is introduced, but not vague enough so as to not give the audience a clear picture of what she is going through.

In fact the film as a whole strikes a similar balance of tone. Though it would be easy to tell this story in absolutes due to the bleakness of its premise, Granik finds optimism and moments of beauty in this tale of disenfranchisement. She makes this story solely about the people at its core and how their emotional state changes and evolves through their experiences. Everyone is portrayed with nuance, with no attempt to vilify or vindicate anyone in particular. Even the authorities who disrupt the father and daughter’s isolated lives are doing so with the best of intentions, and though the world of society is colder and clinical compared to the wilderness, there are plenty of people willing to help the two outcasts navigate their way through it.

There are too many moments of unspoken subtleties within ‘Leave No Trace’ to count. Moments that are never explicitly told to us but communicate a vastness of depth regarding the characters and world. We don’t need to be told why the sound of a helicopter passing overhead causes a moment of distress for Will, or why Tom continues to follow him despite her better judgement. They are simply too obvious to be worth saying.

Beautifully nuanced in its execution yet powerful in its emotional prowess, ‘Leave No Trace’ is a masterful story of two people that reflects a much wider social critique.