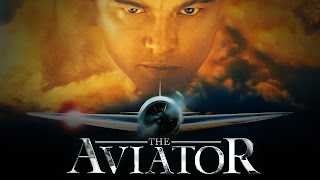 "The way of the future."

Despite the fact that he’s more often associated with the crime genre (and with good reason) Martin Scorsese seems to be quite well versed to crafting biopics as well. With ‘Raging Bull’ standing as one of his greatest filmmaking achievements, ‘Kundun’ being a flawed but well-crafted addition to his filmography and while ‘Goodfellas’ is a crime story first, one must remember that it too is based upon a biography of a man’s life. So when he takes on the story of one of the most interesting and innovative minds of the 20th century the results are basically as impressive as one would assume.


Following the life of Howard Hughes (Leonardo DiCaprio), between the late 1920s and 1940s. During this time he establishes himself as a prominent and ground breaking figure within America’s aviation industry, as well as a successful film producer. However Hughes’ mental state grows increasingly unstable due to his severe obsessive compulsive disorder.


The later life of Howard Hughes is one of the most painful declines any prominent figure of the 20th century endured. Having gone from an eccentric and charismatic entrepreneur he gradually faded from the public eye, his body a wreck due to various airplane crashes and his mind unstable due to his debilitating OCD. His drug addictions, poor diet and reclusive lifestyle that involved staying in the same dark room often for months on end meant that by the time of his death he was virtually unrecognizable, having deteriorated so much over the course of a few decades.


But as interesting as that chapter of his life sounds Scorsese’s 2004 film barely addresses it. ‘The Aviator’ focusses mainly on the glory years of Hughes life, when he was at the top of the world and seemed invincible. It is for this reason that the looming shadows of what is to come, and the gradual onset of depression and paranoia seem all the more tragic when contrasted to the life Hughes was living before the descent. Scorsese revels in those glory days, bringing a vigour and exuberance to them as if they were lifted straight from a lionised retelling of Hughes life. The heedless ambition and possibility to achieve anything are ever-present and celebrated with such enthusiasm that it is difficult to not be instantly drawn in.


The setting and environment only serve as another alluring aspect that entices the viewer, and the director himself possesses an obvious love for this era of Hollywood that shines through in every beautifully staged shot. It is difficult to know whether this period was as glamourous and joyous as Scorsese makes it look, but this is probably how it felt and when we watch the film we’re in no doubt of it. This if the first of Scorsese’s films to feature and abundance of special effects but the auteur knows better than to throw CGI at the screen to substitute a lack of substance. From the awe inspiring test flights to the spectacularly horrifying XF-11 crash, the visuals are always fully realised and excellently crafted.

But beyond the visual extravaganza that the film offers, ‘The Aviator’ is packed with raw emotion that complements its intricate character study. The structure is a simple rise and fall affair, but executed with such intensity that it is engrossing from start to finish, albeit not quite justifying its immense run time of 170 minutes by sagging slightly in the middle. Having once been collaborating with the best and biggest stars of Hollywood and shaping an entire industry in his own image, the tragedy of the fall is sternly recognised when Hughes, now so paranoid and fragile, becomes trapped in a bathroom due to being too wrecked by his germ phobia to touch the door and let himself out.


While Leo DiCaprio barely resembles Hughes, he embodies the spirit of him so well that it barely matters. The energy and passion he breathes into the character are evident from the start, as are the tragic ailments that will eventually lead to his downfall. Having suffered from OCD for most of his adult life DiCaprio undoubtedly drew from his own condition in order to portray Hughes (the actor apparently took months to regain control of his condition) and the performance carries substantial authenticity as a result. While it would be a challenge for many actors to make the radical transition from an eccentric auteur to a man shrouded in depression within the space of one movie, DiCaprio executes this perfectly, injecting an appropriate amount of subtleties and nuances into his performance to not only make that transition seem believable, but also tragically inevitable.


But outside of the titular role the cast are all excellent, particularly Kate Blanchett (who would earn the Oscar for Best Supporting Actress for her work here) who brings wonderful depth and complexity to her portrayal of Katharine Hepburn. While a less accomplished actress would pass her off as merely a cheap caricature and only a small player within Hughes’ larger story, Blanchett brings forth an intricate performance that leaves a lasting impression on both the audience and Hughes himself. It never even needs to be stated that his relationship with Hepburn had a lasting effect on him, we can see it playing out right in front of us. But with the rest of the ensemble cast doing such wonderful work like Kate Beckinsale, John C Riley, Ian Holm, Gwen Stefani, Alec Baldwin and Jude Law, the idea of anyone standing out amongst the crowd is even more remarkable.


Exquisitely crafted and emotionally raw, 'The Aviator' is an involving and tragically cathartic biopic.
Result: 9/10
Posted by Joshua Price at 15:15