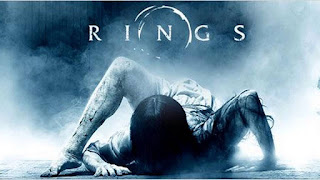 "There's this video that kills you seven days after you watch it. The second it's over the phone rings and this voice says 'seven says'."

So, are you excited for a long overdue sequel to a horror franchise that was steadily decreasing in both its quality and box office returns with each instalment, with this latest sequel not only being caught in development hell for several years but having its eventual release date slowly pushed back time and time again until it went from being released at the peak of the fall season of last year to the dead zone that is early February? No? Then congratulations on being a normal person.


A young woman becomes worried about her boyfriend when he explores a dark subculture surrounding a mysterious videotape said to kill the watcher seven days after he has viewed it. She sacrifices herself to save her boyfriend and in doing so makes a horrifying discovery: there is a movie within the movie that no one has ever seen before.


The central conceit of main drive of the threat in ‘The Ring’ franchise is that of time. The concept of watching a video tape that will, without fail, kill you in sever days instigates a finite amount of time from which a writer can tell their story and place an automatic narrative thrust on whether or not the main character will get through alive. It is for this reason that ‘Rings’ inability to convey a sense of time is so detrimental to the movie’s overall effect. By removing one of the main driving points behind the threat it is difficult to become wrapped up in the plot on even the most basic level.


Another problem the movie seems to have is that of tonal consistency. It tries to pace itself like some kind of psychological thriller but it seems impatient with its own pace and continually tries to shoehorn in a string of fast pace action sequences, such as its opening scene on a crashing plane that not only feels completely disconnected from the rest of the film but also has completely the wrong feel for the movie that follows. We are a long way from the creepy and ominous atmosphere of Gore Verbinski’s original film here.

Not only does the film seem impatient with its tone but also in how it allows events to play out. As opposed to a steady and slow build of tension that made the original so effective, ‘Rings’ jumps straight into the standard horror clichés from nonsensical visions of doom to cheap jump scares. Furthermore the plot feels needlessly convoluted in a lacklustre effort to kill time until it can reach its equally unsatisfying conclusion (it’s a movie about a videotape that kills you in seven days, it can’t be that difficult to make an interesting story out of that, surely?). The story seems to meander around aimlessly and almost uneventfully, punctuated only by some ineffective hallucinations that are almost incoherent in terms of how they fit into the story or the context of the plot. The end result is that not only does the story feel infuriatingly unsatisfying due to the way events unfold, but its structure does such a poor job of raising any sense of tension or danger that one can’t even be swept up in the moment as it goes by.


Before anyone states that the film had to make its plot complex to ensure it wasn’t derivative of the other instalments, I’d argue that with some innovative direction and compelling characters even the most basic story would be far superior to the product we ended up with. But then again both of those elements seem to be so fundamentally lacking in ‘Rings’ that maybe it is something beyond this creative team. So many characters feel so woefully underdeveloped and exist purely to die that they might as well have walked around with a big red X marked on their foreheads. None of the main characters have any hint of depth or characterisation to them, they are just a group of people with differing likelihoods of when they will die, surrounded by more people who will be used as terrible justifications for the increasingly idiotic decisions they will make.


I suppose by this point it goes without saying that most of the actors in the film are terrible (it’s a horror film, this early in the year and it isn’t ‘The Witch’, they are going to be terrible). Granted they do not have a lotto work with in terms of strong characterisations of unique and well defined people, but even taking that into account none of them did anything to convince me of what I was being told was transpiring on screen. But if the actors took me out of the moment then the director deserves even more credit on that front. Though the shots were decently composed from time to time their assembly and scene construction often made an event seem more laughable and confusing than anything else.


‘Rings’ seems too generic and too forgettable to even get angry about, but by no means does that detract from its terribleness.