The analogues of cinema are littered with abysmal threequels, movies that fail to stick the landing on the third attempt. As well as being outright bad movies it’s hard not to feel the sting a little more if the preceding movies in the trilogy were excellent. So many promising trilogies end in disaster when the third one overhauls the level of quality in favour of terrible nonsense. Even if the second movie is a disappointment a great third movie can still redeem a franchise but so many somehow get even worse upon their third entry. ‘Alien 3’, ‘X-Men: The Last Stand’, ‘Spider-Man 3’, ‘Blade Trinity’, ‘The Matrix Revolutions’, ‘Superman 3’, ‘Batman Forever’, ‘The Dark Knight Rises’, ‘Terminator: Rise of the Machines’, Pirates of the Caribbean: At World’s End’ and ‘Hangover 3’.


But amid these catastrophes, a few third instalments actually rise to the challenge and manage to not only close their respective trilogies on a high note but go above and beyond what the previous instalments accomplished. For this top 5 said threequels have to be a definite improvement or of similar quality to their previous entries. So while ‘Return of the Jedi’ is fantastic, it’s decidedly a downgrade from the masterpiece that is ‘The Empire Strikes Back’.


As an additional rule I’m going to say that each instalment should be the end of their respective franchises, concluding the story in a satisfying and masterful way. So that means I have to exclude ‘Goldfinger’, ‘Harry Potter and the Prisoner of Azkaban’ and ‘Indiana Jones and the Last Crusade’ (as much as we would love to forget that there was another). Also ‘Toy Story 3’ is great but, go figure it didn’t make the cut.. 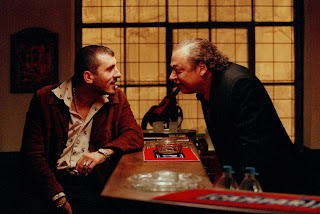 Nicholas Winding Refn made his start with the low budget thriller ‘Pusher’ which not only launched his career but also that of Mads Mikkelson. Though he originally never wanted to expand upon his Copenhagen crime saga the financial success of the first film prompted Refn to do just that. With each instalment following a different character through the dark and gritty underworld Refn established, the director was essentially left with a blank slate from which to craft each new story (with this one focussing on a Serbian drug lord caught in an ensuing power struggle) and it shows, as his freedom in storytelling and boldness of vision never fail to shine through. This being Refn the movie is loaded with brutal violence and gallows humour but surprisingly there’s an oddly profound nature to the movie as well, ending one of cinema’s most underrated and best trilogies. 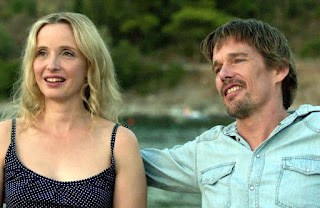 Speaking of underrated trilogies though, we now have Richard Linklater’s astonishing magnum opus that is ‘The Before Trilogy’. Filmed over the course of 18 years (take that, ‘Boyhood’) by recapping the same couple once every nine years into their relationship, the trilogy goes out on a high note with ‘Before Midnight’. It’s more hard hitting and less joyous than the previous two instalments as Ethan Hawke and Julie Delpy’s romantically entangled couple now find themselves facing marital issues. But the chemistry between these two actors is something that cannot be faked, it’s built up from years of experience and bonding with one another which is evident in every encounter they share. It’s poignant, humorous and sometimes heart-breaking but always amazing.

3: The Lord of the Rings: The Return of the King 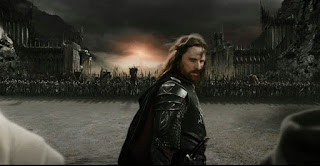 It’s no accident that the final instalment of Peter Jackson’s epic fantasy saga still holds the record for most Oscars received by a single film (tied with ‘Ben-Hur’ and ‘Titanic’ at 11 apiece) as honouring this movie was the Academy’s way of honouring the entire trilogy. But even when taken on its own value, ‘Return of the King’ is a spectacular piece of filmmaking, with such an epic and grandiose vision that any one of its incredible set pieces might seem daunting to any other filmmaker. But at this time in his career Jackson was in complete control of his creative process, brilliantly crafting each scene and invigorating it with a spectacular sense of awe inspiring brilliance. But amid all of the gigantic battles Jackson never forgets to focus on what is intimate and poignant. Those battles carry such weight because we are attached to the characters and their long journey, we feel their struggle and are rooting for them to succeed every step of the way. Few films have such an incredible gift to make grown men well up in an instant with lines such as “I can’t carry it for you, but I can carry you” or the iconic “You bow to no one.” 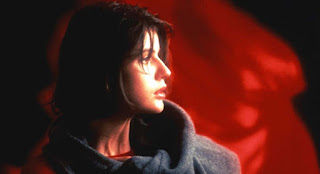 When it comes to picking a definitive masterpiece from Polish director Krzysztof Kieślowski you are spoiled for choice from ‘Dekalog’ to ‘The Double Life of Veronique’. But his most enduring work might just be his ‘Three Colours Trilogy’, a filmmaking achievement so intricately staged and masterfully executed that it almost defies belief. His trilogy marks the perfect blend of style and substance, a series of creative choices that are dazzling to behold but never, not even for a second, feel like they are compensating for a lack of depth. They are written to be personal and affecting, with the final instalment ‘Red’ being one of subversive brilliance. Described as the anti-romance it’s remarkable in the way that Kieślowski takes these complex emotions and distils them into a dazzling experience. It was to be his final film due to his death in 1994, so it not only served as a stunning finale to an amazing trilogy, but also the end of a great filmmaker’s illustrious career. 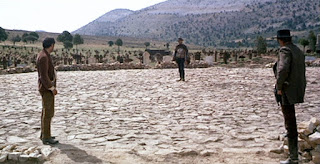 Looking back on it today, it’s hard to imagine a time when Clint Eastwood was viewed as an odd choice for a western protagonist, but that is exactly how it was viewed in 1966, as well as every other creative decision undertaken by Itaian director Sergio Leone. But in the decades since his entire way of filmmaking has become synonymous with the western genre, redefining its very essence and cementing a legacy that few films in the history of cinema have ever surpassed. The tale of three gunslingers (Eastwood, Lee Van Cleef and Eli Wallach) hunting for a stash of buried gold has Leone’s style bleeding from every scene. His dry humour and patient character moments both contrasts and complements the sudden bursts of violence that litter the film. When the violence does appear it’s easy to understand why Leone became the icon we now know him as, his editing, use of music and direction was unmatched by anyone else in the genre. Leone’s previous westerns with Eastwood redefined a genre, ‘The Good, the Bad and the Ugly’ redefined all of cinema.
Posted by Joshua Price at 15:43