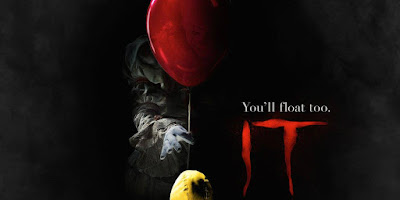 "When you're a kid you think the universe revolves around you, you think you'll always be protected and cared for. Then you realise that's not true."

Stephen King’s novels tend to be based off simple premises but come paired with an intricate and detailed execution that makes them notoriously hard to adapt. Take his 1986 novel ‘It’, which blends interweaving narratives from multiple generations, deals with several varying genres of horror from psychological to visceral and spends more time fleshing out its environment than most authors would their entire premise. So, how does the movie go about tackling this problem?


Seven young outcasts in Derry, Maine, are about to face their worst nightmare as an ancient, shape-shifting evil emerges from the sewer every 27 years to prey on the town's children. Banding together over the course of one horrifying summer, the friends must overcome their own personal fears to battle the murderous, bloodthirsty clown known as Pennywise (Bill Skarsgard).


Your enjoyment of ‘It’ is likely to depend upon your fondness for Stephen King as a writer, how much you resonate with the themes he addresses in his books and how much you see a faithful adaptation of his work to be the best route. Given that the 1990 miniseries has not aged nearly as well as Tim Curry’s central performance, there are a lot of areas in which this 2017 adaptation improve upon it. By splitting the story into two sections it becomes a much more streamlined affair of a group of kids trying to overcome a monster that epitomizes their worst fears, and as much as ‘It’ is being praised as a horror film it works just as well as a coming of age fable.


One of the main reasons for this resonant core is the strength of its cast dynamic. The self-titled Losers Club works as completely believable group of friends whose unique traits make them work just as well as individuals than they do as a group. It works so well that one of the most effective tools the movie uses as a scare tactic is to emphasise the moments of isolation when the kids are not standing as a group. The movie outlines their key characteristics, their fears and what motivates each. There may be plenty of horror elements within Andy Muschietti’s film but it’s in the humanity where he finds the real core of the story.


But Muschietti manages to nail the technical sides of filmmaking just as much as the thematic ones. The craftsmanship behind ‘It’ is surprisingly great given that it is only a second feature. The director’s slow progression of tension and suspense plays right into the central conceit of what makes the titular monster so terrifying. Unlike the miniseries the whole approach to Pennywise is coy, opting to play with the audience’s expectations rather than showing all of the cards at once. The result are a number of brilliantly crafted set pieces that are sure to leave a lasting impression on the audience. I would however criticise the way a few of these scenes end, as all of that slow suspense seems to evaporate in favour of an overblown finale that feels out of sync with what preceded it.  I suppose the intent was to end with a big impression but each occasion just devalues the scene as a whole rather than add to it. 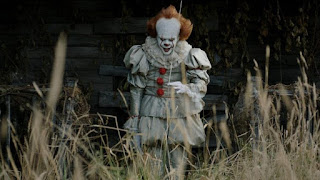 My other central criticism with ‘It’ is that it feels too long. Now that may seem counterintuitive of me given that I commended the movie for streamlining King’s expansive novel. But even then ‘It’ feels somewhat excessive as the narrative ploughs on. Certain scenes towards the end of the movie feel stretched beyond their capacity and the third act seems to spend a bit too long repeating itself in what looks like an effort to make the film’s climax seem more cathartic, which it does. But as I said that comes at a cost of spoiling that expertise pacing that had done the movie so many favours until this point.


That being said, when ‘It’ is at its best the movie is a brilliant film going experience. It’s rooted in strong character moments that draw empathy towards its main protagonists and as a result we feel all the more invested when the horror elements find their way back into the narrative. When those elements do appear they absolutely leave an impact. It really is refreshing to see a major studio horror film execute its scares this effectively.


Obviously, a lot of that scare factor comes down to Bill Skarsgard’s performance as Pennywise. Like the movie around him, the build towards the fear that lies at the heart of the movie is slow and thoughtful. Skarsgard’s performance evokes a genuine sense of anticipation surrounding Pennywise, so that when we do see those sudden outbursts of clown insanity it becomes all the more shocking for it. But what’s even more frightening is how subtle Skarsgard is (or as subtle as a killer clown can be). He doesn’t turn Pennywise into an over the top caricature, he injects him with a presence that’s eerily, human.


Despite some pacing issues, ‘It’ is an effective, well-crafted and highly entertaining horror film that is likely to please any fan of King’s writing.