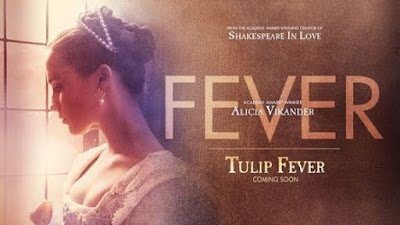 "First to flower, first to fall."

Where to start with a movie like ‘Tulip Fever’? Putting aside the fact that I’ve never cared for melodramatic period pieces, the build up to this film’s release is one premature warning after another. Having been filmed in mid-2014, its release was delayed and pushed back numerous times until it finally lands at before us here. Just a few weeks ago the studio released a red band trailer overstuffed with nudity in what seemed like a desperate effort to draw in audiences, because “Boobs, have you heard of boobs? Well they’re in movies now, you should see them.”


Set in the Netherlands in the 17th century, during the period of the tulip mania, an artist (Dane DeHaan) who falls for a married young woman (Alicia Vikander) while he's commissioned to paint her portrait by her husband (Christoph Waltz). The two invest in the risky tulip market in hopes of building a future together whilst having to avoid suspicion from those around them.


What is really odd about the advertising of ‘Tulip Fever’ is how little it actually has to do with the main movie. For a film that was sold as a steamy 17th century romance there’s much more insight into the economic situation of the Netherlands than one might care for. If you’re thinking “that sounds like a serious tonal mismatch” then you would be right. ‘Tulip Fever’ is half melodramatic camp and half boring exposition. Frankly I’m not sure which half I disliked more.


The main narrative drive of the movie is the affair between Alicia Vikander and Dane DeHaan, as their subsequent scheme to escape the clutches of the wealthy husband played by Christoph Waltz. But the scheme they conceive is so wildly ridiculous in certain areas that the movie never addresses, while also being painfully slow and uninvolving in others that the film dwells on for what feels like an eternity. As this bizarre mixture was unfolding in front of me I liked to think that it might be at least interesting, but it wasn’t. The direction by Justin Chadwick felt flat and generic, the narrative never unfolded in a way that made me feel involved or intrigued within the events that were playing out and even the performances were perfectly average. They were not awful by any means but they were far from outstanding. 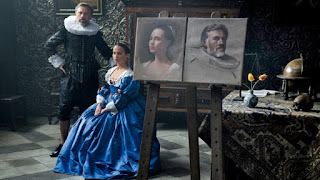 That in itself is surprising given the superb cast behind the movie. As well as the ever charismatic Christoph Waltz in the role of what is essentially the villain, we have Alicia Vikander who’s last foray into period drama earner her an Oscar. But none of these actors really stood out, they filled their roles but never disappeared into them. I would have expected this from DeHaan, who appears to be playing the same kind of character in every movie he’s in, but not from two Oscar winners. There are some bizarre casting decisions not just in terms of who is playing the role but in how the character is used. Whether it’s Judie Dench briefly appearing as a character that adds almost nothing to the movie or Zack Galifanakis in what I can only imagine was a horrible misguided attempt at comedic relief. Again these are proven actors but their characters are so thinly drawn that it’s impossible to become invested in them.


I can say that the cinematography is pleasing to behold. It’s lavishly detailed and consistent in both its composition and colour palette. But sadly that is not enough to tie the rest of the film together as the narrative is constantly trying to pull the audience one way only to completely change direction in the next scene. It lacks the nuance required to reach the underlying themes of the movie, and any time it strays remotely close to them it shifts focus back towards tulip mania (because that’s clearly what we wanted to see in this movie!), disregarding any inkling of genuine drama they had.


There are a few inspired moment though. One touch I particularly liked was Chadwick’s use of handheld camera in certain scenes that help create a sense of urgency. While in most scenes any sense of involvement comes from the characters just telling the audience that something is supposed to matter, those moments in which Chadwick’s direction actually manages to evoke something naturally are a welcome relief. It’s this visual urgency that makes me wonder if ‘Tulip Fever’ was at one point a more interesting kind of period piece, one that used its environment to benefit the narrative rather than just a drab set dressing. Whether is started its life as the contrived melodrama we see now or just mutated into that, it’s still a disappointing effort from a group of people who we’re used to seeing more from.


‘Tulip Fever’ is an uninvolving and uninspired period drama that seems unaware of how ludicrous it is most of the time, and how boring it is for the rest of its runtime.