Summer is now well and truly over which means we are heading into my favourite time of the year for movies, the fall season. From festival favourites to the top Oscar contenders and everything that a studio thinks is too weird to reach a mass audience, this is where the best films of the year emerge and where auteurs have a chance to deliver something truly special. As ever I’m creating a list of my ten most highly anticipated movies for the next four months that make up the rest of 2017, but first a few honourable mentions, or rather a lot since there are a lot of noticeable releases.


First you have the blockbusters that show great promise such as ‘Kingsmen: The Golden Circle’ which looks to take Matthew Vaughn’s spy homage to new levels of insanity. ‘IT’ looks like a well-crafted horror film and ‘Thor: Ragnarok’ would be something to look out for on its own, but the fact it’s being directed by Taika Waititi makes it a must see spectacle for me.


There are also a number of movies that created buzz at festivals earlier in the year and are set to get a wide release now. There’s ‘Good Time’, ‘120 Beats Per Minute’, ‘The Florida Project’, the Jean Luc Godard biopic ‘Redoubtable’, Todd Haynes’ latest feature ‘Wonderstruck’ and the Palme d’Or winning ‘The Square’. Also, it may not have been in the main competition but Takashi Miike’s 100th feature film ‘Blade of the Immortal’ was screened at Cannes and looks spectacular.


There are also several films being pegged as major awards contenders. Alexander Payne is returning after a four year absence with his science fiction comedy ‘Downsizing’. Gary Oldman looks set to deliver a powerhouse performance as Winston Churchill in ‘Darkest Hour’. Steve Carell and Emma Stone are going head to head in ‘Battle of the Sexes’ which marks a very welcome return for the directors of ‘Little Miss Sunshine’. Christian Bale is heading the latest film from director Scott Cooper (‘Crazy Heart’ and ‘Out of the Furnace’) ‘Hostiles’.


Geroge Clooney is directing a script from the Coen Brothers so I’m automatically interested in ‘Suburbicon’. Legends like Steven Spielberg and Ridley Scott (who could use a welcome comeback to make us forget how “meh” ‘Alien: Covenant’ was) are releasing new films in the form of ‘The Papers’ and ‘All the Money in the World’. There are also two highly acclaimed screenwriters making their directorial debut with Aaron Sorkin bringing us ‘Molly’s Game’ and ‘Wind River’ by Taylor Sheridan. 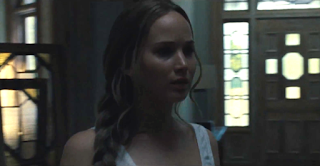 Despite the fact that ‘Noah’ landed with a resounding sense of vacant confusion (it’s not that it was terrible but I can’t help but think both my time and the time of its makers could have been better spent) it’s refreshing to see Darren Aaronofsky getting back to doing what he does best, namely scaring the shit out of us. With ‘Requiem for a Dream’ and ‘Black Swan’ to his name the director is no stranger to viscerally disturbing and existentially haunting dramas that may not technically be classifiable as a horror film but are undoubtedly some of the most terrifying pieces of cinema I’ve ever seen. ‘Mother’ looks like it could be equally nightmare inducing. 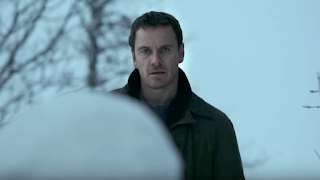 It was only very recently that I became excited to see this mystery thriller based on a bestselling novel of the same name. Granted I knew it had Michael Fassbender and J.K Simmons in starring roles which was intriguing enough on its own. But then I discovered that ‘The Snowman’ was being directed by Thomas Alfredson. Alfredson is the director who brought us the finest horror film of the 21st century with ‘Let the Right One In’. He’s a filmmaker who has demonstrated such a mastery of his craft that a chillingly haunting and intricately staged movie about the investigation into an elusive serial killer sounds purpose built for his talent.

8: The Shape of Water 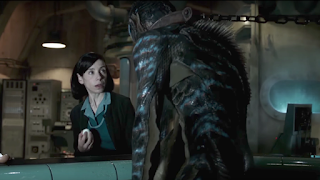 Any chance to see Guillermo Del Toro’s remarkable vision on the big screen is one that is worth waiting for. Though it was disappointing on a narrative level, ‘Crimson Peak’ was still a tour de force of unique filmmaking and then there’s the masterpiece that is ‘Pan’s Labyrinth’. In a Beauty and the Beast like parable, Del Toro tells the story of a mute women bonding with an amphibious creature being held in a government laboratory. With a slew of talented cast members such as Sally Hawkins and Michael Shannon, this could be Del Toro’s next classic in the making, but if it disappoints it will still be unlike anything else you’ve ever seen. 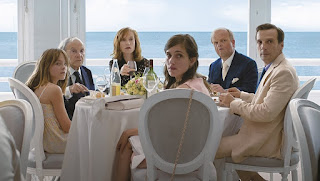 Michael Haneke’s body of work is somewhat provocative to say the least (he’s probably the hardest director to do a marathon of given that his movies are so depressing and disturbing that viewing them back to back could be viewed as a self-destructive exercise). His latest film is a drama about a family in Calais….and that’s basically all I know. But Haneke’s name alone is enough to peak my interest, with masterpieces like ‘Cache’, ‘The White Ribbon’ and ‘Amour’ to his name the director only seems to be getting better and better with age. Even more crucially though, Isabelle Huppert stars and while it will be tough for her to top her tour de force performance from last year’s ‘Elle’, I look forward to seeing her try.

6: The Killing of a Sacred Dear 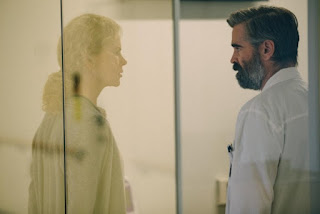 The word “unique” does not even begin to describe the work of director Yorgos Lanthimos thus far. Having released such bizarre but darkly humorous fables as ‘Dogtooth’ and ‘The Lobster’, his upcoming psychological horror film has been wildly praised by those who saw it at this year’s Cannes Film Festival. What is so brilliant about Lanthimos’ work is that it never feels like weirdness for the sake of it. His films always contain a deep social message and pinpoint commentary that makes them feel frighteningly relevant to our modern reality. He works in broad themes but is so intricate and detailed in his craft that any chance to delve back into his demented world is one to get excited for. 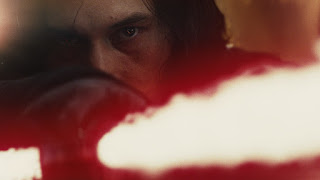 The odd thing is, I would be excited for this movie even if the name ‘Star Wars’ was not attached. Rian Johnson is one of the most interesting high concept directors working today, having brought us the superb indie gem ‘Brick’ (which everyone should watch as it’s massively underrated), the neo-noir science fiction extravaganza ‘Looper’ and on the smaller screen Johnson directed the absolute best episodes of ‘Breaking Bad’. As a filmmaker he just seems like the next logical step for this saga. As much as I loved ‘The Force Awakens’ it definitely played more like a greatest hits compilation than something new and ground breaking, which is where Johnson steps in. Hopefully we can expect something very special. 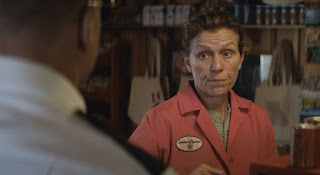 It’s been almost a decade since he burst onto the scene with the brilliant ‘In Bruges’, and despite the fact that he’s only made one movie between then and now, Martin McDonagh has cemented his stature as one of the best writer/directors working today. His movies are dark comedies of the highest order, dealing with themes of child murder, mental illness, isolation, grief and they’re hilarious. His latest movie sees a woman played by Frances McDormand who hires three billboards to call out the local police department for not solving the murder of her daughter. If that wasn’t enticing enough the cast also includes supporting turns from Woody Harrelson, Sam Rockwell, John Hawkes and Peter Dinklage. 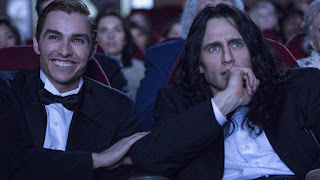 If you’re like me, and you can’t help but greet someone with “Oh Hi Mark” at random points throughout each day then it’s nice to know that come December people might finally know what you’re referencing. Regardless of the quality of ‘The Disaster Artist’, any movie that will encourage people to watch Tommy Wiseau’s enduring masterpiece of awfulness known as ‘The Room’ will make the world a better place. James Franco stars and directs as the titular star/director Wiseau as he persevered to make his magnum opus, and early reviews have pegged Franco’s performance as a serious awards contender. It’s sure to be hilarious, but I hope ‘The Disaster Artist’ captures the poignant spirit of the book it is based upon, telling the story of a man who man who truly believed he was achieving greatness only to do so in a completely unintended way. 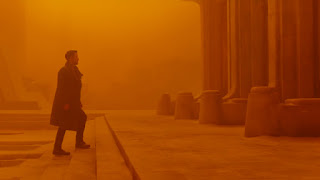 If it were anyone else in the director’s chair for this film, I would be worried (and yes, that includes Ridley Scott himself). I wouldn’t have faith in anyone else doing this project right or justifying its existence. But then they announced that the director of the long awaited sequel to Ridley Scott’s seminal science fiction masterpiece would be Denis Villeneuve. One of the most prolific and certainly the greatest filmmaker of this decade, Villeneuve has gone from strength to strength in his career. Making an impact with ‘Incendies’ in 2011 and then moving onto ‘Prisoners’, ‘Enemy’, ‘Sicario’ and ‘Arrival’ if anyone can make something that will stand as a worthy successor to the original, it’s him. All I can say is good luck. 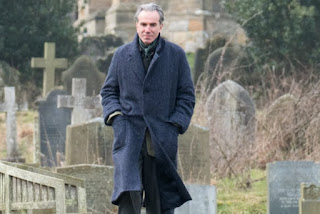 I know precisely three things about this movie. It is set in the London fashion industry during the 1950s, it stars Daniel Day Lewis (in what is set to be his last ever acting role) and is directed by Paul Thomas Anderson. It’s fitting that this film marks the second collaboration between PTA and DDL, a full ten years after they last worked together on the modern classic ‘There Will Be Blood’. Now that they are reuniting for Anderson’s eighth feature film to say that my expectations are high would be an understatement, especially considering that Anderson has also delivered several other masterpieces like ‘Boogie Nights’, ‘Magnolia’, ‘Punch Drunk Love’ and ‘The Master’. This is coming from a place of bias given that I consider Anderson to be the best auteur of our age, but even taking him out of the equation this could well be Daniel Day Lewis’ last outing on the big screen and that in itself is worth the attention of anyone who considers themselves a fan of cinema.
Posted by Joshua Price at 15:44

Email ThisBlogThis!Share to TwitterShare to FacebookShare to Pinterest
Labels: Forthcoming