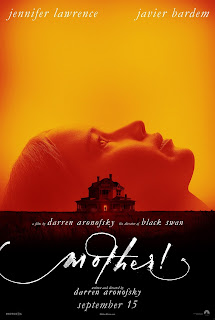 "All I want to do is bring life into this house."

To say that Daren Aronofsky is a provocative filmmaker is an understatement worthy of rivalling “you know, I think this Damien Chazelle guy likes jazz’. His films are the kind of movies that I adore and admire but would never willingly recommend them to someone else as they so emotionally raw and stylistically aggressive that it takes a specific kind of viewer to not be instantly turned off. I feel that with his latest film ‘Mother!’ even those specific viewer might have trouble appreciating this.


A young woman (Jenifer Lawrence) and her husband (Javier Bardem), who is also a poet, live a peaceful and tranquil existence in an expansive old mansion until their life is disrupted by a mysterious new couple (Michelle Pfeifer and Ed Harris) that comes into their home and seem unwilling to leave.


‘Mother!’ really is something else. It’s unlike anything I’ve seen before and is one of the most uncomfortable and disturbing experiences one could ever have in a cinema. Darren Aronofsky has tackled broad themes in his movies before, from obsession to transformation and the capacity of human love but ‘Mother!’ is unquestionably his most ambitious yet. It is a horror film but not of scares or fight, it taps into our own existential nightmares and renders them as living images on screen. It’s shocking on a level that few movies are and I don’t doubt for a second that such a reaction is exactly what Aaronofsky envisioned.


I’m still trying to wrap my head around the idea that a movie this bold and purely insane could even be released by a major studio, and that’s before we ever tackle the movie itself. It incorporates all of the themes that have punctuated Aronofsky’s other films such as body horror, relationships, taboo, insanity, artistry and religion. Those themes are all weaved together in this claustrophobic masterpiece that creates such an all-consuming atmosphere that it might engulf anyone who stares at it for too long. 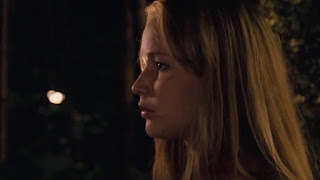 From the very first frame of the film, Aronofsky creates this sense of entrapment and paranoia through his movement of the camera. He keeps it pressed tightly to Lawrence as if we inhabiting her body the effect is an instant unnerving of the viewer. You start to distrust everything you see before and inevitably you end up asking whether the main character is insane or is everyone else around her insane? It creates and intrigue and mystery that instantly drew me in and the rest of the movie never, for an instant, let me go.


Lawrence in question remains an elusive figure throughout but then so does every performance. There is a vulnerability to her presence that evokes a sense of empathy from the audience to draw them into her plight. She creates enough intrigue through her performance to make it clear that her role is part of the lager puzzle that assembles the movie as a whole. The same goes for Javier Bardem whose poet husband is clearly drawn as a character, his motivation is to create and he is weighed down by the frustration of being unable to, but never sinks too deep into melodrama that the deeper side of what he and the movie represent are obscured. It’s clear that Aronofsky and his actors were all on the same page in terms of knowing exactly what kind of movie they were making.


This kind of complementing by way of contrasting can be found in other aspects of the movie as well. The cinematography and colour scheme all feel perfectly natural. There is no hyperactive colour palette or expressionistic lighting. Aronofsky grounds the film in a place that feels eerily real as far as his shooting technique goes. That stands in such stark contrast to the unfolding plot that by comparing them they serve to make the other feel all the move impactful. Each shot possesses such a rich texture that furthers the allegorical nature of the film, as if buried within every scene is another symbolic gesture. Each frame and composition of the movie feels insanely evocative. But what makes these metaphors so impactful is that none of them feel contrived. The narrative, style and general purpose all feel like these themes were interwoven through them from the start, as if this was always what it wanted to be. As well that the symbolism doesn’t feel vital to the viewer’s admiration of the film, one can appreciate it on whatever level they see it as. 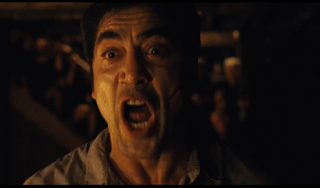 This brings me back to how with ‘Mother!’ Aronofsky has undoubtedly created the film he set out to make. It’s bleak and oppressive, disturbing and visceral, elusive and endlessly enthralling. To feel immensely uncomfortable at any point in this movie is to know that it is doing its job perfectly. The film is tonally balanced and even though it’s third act is unrestrained insanity, the way it built up to that with impending suspense never makes it feel out of place. If anything you feel that inevitable sense of dread as you draw closer to the film’s climax.


Much like a film by Lynch of Tarkovsky, I don’t think the purpose of ‘Mother!’ is for the viewer to dissect every solitary image within it. There is heavy symbolism and a great deal of metaphor, but think first and foremost the film wants to elicit an emotional reaction out of its viewer. It wants to crawl into the mind of anyone who watches it and invite them to dig deeper, to discuss it, unravel it and take their own meaning from it. Whether you see an allegory for creationism, the nature of what it means to be an artist, a commentary on our environment, the way one human treats another or any other interpretations that will no doubt be drawn from the movie, it’s something you think about. That is, at the end of the day, what art does at its best.


‘Mother!’ is provocative, disturbing and highly allegorical. It’s a masterfully crafted nightmare from Aaronofsky that will linger in your mind long after you’ve seen it.