So I’m a little overdue in terms of talking about movies I’m looking forward to seeing in 2018, but better late than never right….would be an awful excuse for ambulance drivers. I will say that though it’s difficult to have any perspective on the year from January, 2018 looks like a bit of a step down from 2017, or at least based on the movies that are coming out in the wake of the year before. This time last year I was already looking forward to the new works by filmmakers like Guillermo Del Toro and PT Anderson. This year we have…..Eli Roth’s ‘Death Wish’, because that’s exactly what we need in today’s times of heightened political and social tension.

That being said, there are still plenty of interesting films to look forward to, and I’ll list off a few of them here. There’s no real methodology to this process, I’m literally just picking the movies I’m looking forward to or are interested to see. Of course, there are a likely to be a bunch of films I haven’t even anticipated that I’ll be putting on my year end list in 12 months-time, but for now here’s what stands out to me as potentially engrossing pieces of cinema. 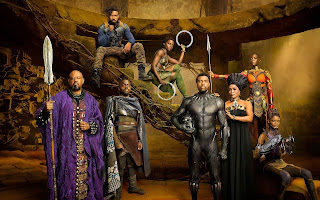 Might as well start with the first big release of the year, and what a release it is. Aside from just wanting to be present at what will surely be a huge cultural moment in blockbuster filmmaking, ‘Black Panther’ still looks like it will be one of Marvel’s most intriguing releases to date. With Ryan Coogler in the director’s chair I have high hopes for the movie to be a viscerally thrilling but emotionally complex kind of superhero movie, one that incorporates some uniquely stylistic set pieces in the same way Coogler did for ‘Creed’. 2016’s ‘Captain America: Civil War’ gave us a glimpse of what Chadwick Boseman could do as the Prince of Wakanda, but with a strong supporting cast for ‘Balack Panther’ that includes the likes of Michael B Jordan (who thankfully can now have a good superhero role and we’ll never have to talk about ‘Fant4stic’ again), Lupita Nyong’o and Daniel Kaluuya, we should expect great things.


I know next to nothing about Thoroughbreds aside from the fact that the trailer looked amazing and it seems like exactly the kind of darkly twisted psychological thriller I would want to see. It provoked quite the response at last year’s Sundance Film festival when it premiered and though the director Cory Finley is relatively unproven, his cast certainly isn’t as it includes Anya Taylor Joy (‘The Witch’), Olivia Cooke (‘Me and Earl and the Dying Girl’) and the late, great Anton Yelchin. 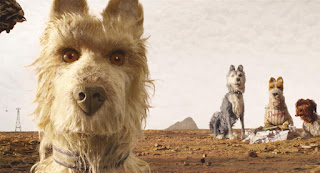 A new movie by Wes Anderson is always something to get excited about (unless you don’t like his films in which case you clearly have no soul), but even if I had no idea who he was I would be intrigued by the premise of ‘Isle of Dogs’ alone. No, the title isn’t a metaphor, the movie is literally about an island inhabited by dogs. Having been exiled by the Japanese government in an effort to combat the so called “canine epidemic”, a group of dogs band together with a small boy looking for his lost dog. Did I also mention that it’s in stop motion? If that were not enough the cast features (deep breath) Bryan Cranston, Bill Murray, Jeff Goldblum, Ed Norton, Tilda Swinton, F Murray Abraham, Greta Gerwig, Harvey Keitel, Frances McDormand, Liev Schreiber, Scarlett Johansson, Ken Watanabe and Yoko Ono.


Between ‘Weekend’ and ’45 Years’, Andrew Haigh has built a reputation for being an emotionally driven filmmaker, one that will tear your heart out and challenge your perceived stability when it comes to his characters and stories. Based on everything I’ve heard about ‘Lean on Pete’ he seems to have lost none of his ability to crush people’s souls with sadness so this should be an interesting and impeccably made journey into despair once again.

You Were Never Really Here 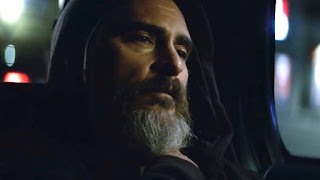 Lynne Ramsey is a provocative director to say the least. Her movies are so wracked with tension and psychological complexity that it’s no wonder her latest movie garnered high praise when it premiered at last year’s Cannes Film Festival. It was at that same festival where Joaquin Phoenix took the best actor award and based on the high quality of his contenders for that award (most of which I’ve seen) I’m intrigued to see the performance that he beat. Its premise involves a contract killer and a prostitution ring but knowing Ramsey the story itself is only half of the film’s content.


It’s hard not to get excited over this one. By the time ‘Infinity War’ hits theatres we’ll have seen the MCU shape and evolve for a whole decade. That’s a decade’s worth of filmmaking and pre planning all with the common goal of this moment, the moment which acts as a culmination of that entire process. I’d be lying if I said the franchise has managed to capture that same amazing feeling I first had when seeing ‘Avengers Assemble’ back in 2012, which isn’t to say the quality has gone down as if anything it’s stayed consistently good. But nothing has quite recaptured that sheer sense of awe in seeing these heroes united on the big screen for the first time. But with a whole new selection of players to join the game, maybe ‘Infinity War’ can finally equal it. 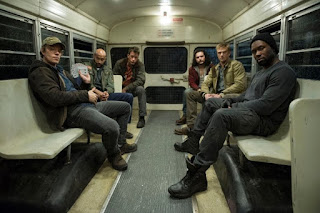 Yes there’s plenty of reason to be sceptical about this movie, especially given Hollywood’s history of reviving 1980s action vehicles to a point where the promise of a new ‘Terminator’ or ‘Die Hard’ movie feels more like a threat than anything else. But one name turns another ‘Predator’ movie from a dreary prospect to something I’m fascinated to see, Shane Black. Black’s offbeat sensibilities, tendency to subvert convention and complete understanding of what makes violence in movies great as well as how it can be used for storytelling, is reason enough for me to get excited.


Though it’s definitely a departure from his musical oriented efforts to this point (unless he incorporates a Jazz solo on the Apollo space shuttle….it could happen), that’s no reason to not still be excited for Damien Chazelle’s Neil Armstrong biopic. I’m hoping that under Chazelle this can be elevated to more than a standard Hollywood biopic and with Ryan Gosling in the lead role we should get a great performance out of the project as well.


Along with ‘Hunger’, ‘Shame’ and ’12 Years a Slave’, Steve McQueen is rapidly becoming one of the best directors working today so just the fact that he has a new movie coming out would be reason enough to get excited. But given that the script this heist thriller is penned by Gillian Flynn, author and screenwriter of ‘Gone Girl’, and carries a terrific cast that includes Viola Davies, Colin Farrell, Liam Neeson and Daniel Kaluuya, then I’m automatically interested. 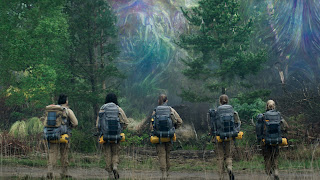 But at the end of the day, all things considered, if I had to pick the movie which I am most excited to see in 2018, right now it would have to be Alex Garland’s ‘Annihilation’. With his directorial debut ‘Ex Machina’, Garland showed a great affinity for science fiction that is not only intellecturally stimulating but also deeply fascinated with the human side of the story. For Garland science fiction isn’t a genre purely concerned with showing new technologies, it is about reflecting and observing human interaction and framing it in such a way that we can see our own nuances placed against the futuristic machinery. The premise and overall look of the movie make it feel like a great progression from ‘Ex Machina’ as well, with Garland moving from an enclosed thriller to an existential epic. The trailers look amazing, the cast are all fantastic, roll on February 23rd.
Posted by Joshua Price at 15:51

Email ThisBlogThis!Share to TwitterShare to FacebookShare to Pinterest
Labels: Forthcoming