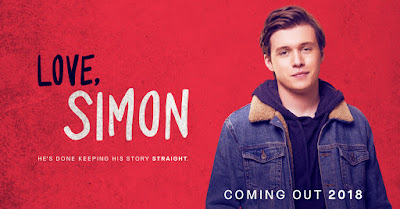 I feel like some of the best movies come about by taking a relatively familiar style of genre and injecting it with a more progressive twist. We’ve seen this take effect within almost any genre from superhero blockbusters to noir and basically everything that falls in between. It’s a method of illuminating an intriguing study of a new subject whilst adding newfound sense of energy to a familiar premise. Wouldn’t you know this just happens to be related to a movie I just watched?

Simon (Nick Robinson) is a teenage boy attending high school in suburban Atlanta, Georgia. He has to navigate the daily trials and tribulations of high school like any of his peers, but for Simon in particular life is currently a little more complicated because of one simple fact; he’s gay. Having yet to tell his family or friends he struggles with his own identity and knowing who to trust.

I did walk into ‘Love, Simon’ with some trepidation. Mostly I was worried that this kind of movie was a few years too late in that it’s message was somewhat pandering given the more accepting nature of our more civilised society. After all we now have movies like ‘Call Me By Your Name’ in which the sexuality of the main character is completely inconsequential. But of course, that’s a slight misconception. The reality of life, and the life the characters of ‘Love, Simon’ leads is that any search for identity can still be difficult. Despite the great steps we’ve made we still can’t help but box kids into believing that the status quo is to be heterosexual. Put it this way, no one feels the need to come out as straight.

On top of that, the stakes of coming out are still real and prevalent to anyone in that situation, which is what ‘Love, Simon’ conveys brilliantly. It establishes this atmosphere of playful anxiety in which the protagonist is in the same situation as the audience. Sure it’s easy to presume that everyone will be accepting of your openness, but it’s another thing entirely to actually take that step because the truth is that you’ll never know exactly how everyone will react.

Especially if you’re in the war torn battleground in which empathy and tolerance go to die, otherwise known as high school. Greg Berlanti’s direction does an impeccable job of placing the audience directly within the atmosphere of Simon’s school life. We come to understand his daily routine, the dynamic he has with his friends and allude to the larger picture of where he falls within the school as a whole. Which also wonders to create stakes for Simon having to come out because it risks disrupting that dynamic both he and the audience have become endeared to.

The direction also keeps the movie suitably grounded, which matches the screenplay and performances perfectly. The cast manage to make every character within ‘Love, Simon’ distinguishable without becoming to caricatures. Each performance feels layered and empathetic, which works in tandem to how the characters are treated within the screenplay. The movie could take the easy route of merely pitying Simon but instead it tries harder and achieves a much greater sense of emotional connection. 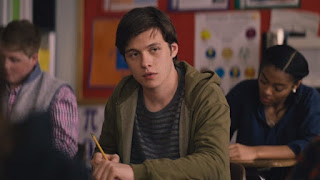 The truth is you don’t have to be within Simon’s specific situation to relate to him. This is a story that anyone who has struggled with their identity during high school (which is basically everyone) can empathise with this story and the many turns it takes. The dialogue is believable enough so as not to alienate the audience but is also witty enough to be engaging. In fact there are a lot of inventive elements within the screenplay that toy with audience expectation and create a very surprising order of events. The premise had me thinking that the structure of ‘Love, Simon’ would be easy to predict when in reality it is refreshingly smart in how it unfolds.

But just as the structure subverts expectations at some points, it tries to force certain aspects of the film to conform to where it suits the movie’s pacing rather than when it feels natural. For instance, and without spoiling anything, in order to raise stakes for the third act the movie gives a reason for Simon to fall out with his friends that feels somewhat contrived. It’s not that their motivation for this fallout isn’t understandable but it does come into conflict with who each of these characters were established as earlier in the film.

Overall that is a minor flaw though, because ‘Love, Simon’ contains such a broad palette of human emotions that it’s hard not to be endeared and effected by its various turns. At times it’s the most hilarious comedies I’ve seen thus far this year and at others it’s one of the most endearing dramas. But one consistent thing through the movie is how inspirational and uplifting it is, both for the film itself and what it represents in our cinematic landscape.

‘Love, Simon’ is a wonderfully engaging and evocative coming of age drama.