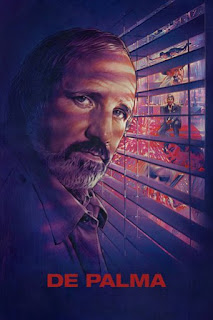 "When you do some of these things they make perfect logical sense to you and then you put them in front of an audience and they go 'holy cow'."

Of all the acclaimed auteurs to emerge from the New Hollywood era of filmmaking, otherwise known as the Movie Brats, Brian De Palma is possibly the most unique and daring of them all. While my favourite of the group remains Martin Scorsese (big shock given that I’m currently writing an entire series on him) De Palma’s rollercoaster career that pushed boundaries, challenged conventions and more often than not was a giant “fuck you” to the ratings system.


Following the tumultuous career of director Brian De Palma, having decided to venture into filmmaking after seeing Hitchcock’s ‘Vertigo’, from his underground early features ‘The Wedding Party’ and ‘Greetings’, to his breakout hit ‘Carrie’, cult hits like ‘Carlito’s Way’, ‘Dressed to Kill’ and ‘Sisters’ as well as the acclaimed showcases of ‘Blow Out’, ‘Femme Fatale’, ‘Scarface’ and ‘The Untouchables’.


There are few films this year that I have enjoyed as much as ‘De Palma’. Noah Baumbach and Jake Paltrow’s documentary is not just an incisive view of one of the most interesting filmographies of our time, it is also an introspective through the tumultuous bumps of the American film industry over the last fifty years. On it’s most basic level the film is a one on one conversation with De Palma, combined with some perfectly selected clips and images from his remarkable career and what a conversation it is. Riveting, intriguing and insightful from start to finish, brimming with vibrancy and energy as well as an unparalleled sense of knowledge and perception of the film industry.


It’s a joy to watch De Palma deconstruct and analyse his own career. This is not simply a formulaic look back at his biggest hits that refuses to acknowledge his various misfires, ‘De Palma’ covers every angle and questions the director on all of his career moves from the highs of ‘Scarface’ and ‘Blow Out’ to the lows of ‘Bonfire of the Vanities’ and ‘Mission to Mars’. He recounts every project and does not shy away from the ones that even the most devout De Palma fans would be willing to overlook. It never feels embarrassing or awkward to talk about these misfires either, the director’s level head, humbleness and sense of humour makes the conversation just as enthralling. Incidentally, De Palma has been nominated for a staggering six Golden Raspberry Awards, one of them for Worst Director on ‘Scarface’, but then again Kubrick was also nominated for the award with ‘The Shining’ so don’t be too worried.

Not only that but they address the various controversies of De Palma’s career. In the 1980s the public tide seemed to turn on his stylistic, violent and sexually fuelled method of filmmaking. Movies like ‘Scarface’ attracted mass controversy, famously at the initial screening Martin Scorsese told De Palma "You guys are great – but be prepared, because they're going to hate it in Hollywood... because it's about them”.


Of course when he is talking about the classic De Palma films we know and love, it’s even better. The stories of their development, success and aftermath are discussed in glorious detail and all without ever sounding as if he is bragging about it. At this point I realise that in many ways a review of this documentary turns into a review about Brian De Palma’s personality, but I then again I guess the movie itself is called ‘De Palma’.


I suppose it is a credit to the filmmakers to discuss such a variety of aspects concerning his career, fully realising that none of this content deserves to go unheard, and on a technical level many of the pieces of footage they unearth match perfectly with the stories unfolding. The editing makes the pace flow very nicely, on the one hand it does seem like we have talked about thirty movies in two hours but at other times the minutes just fly by. Some of the best stories include De Palma’s disastrous first meeting with iconic composer Bernard Hermann (‘Psycho’), his battles with the various writers he has collaborated with such as Oliver Stone, Robert Towne and David Mamet as well as that time when he was offered the chance to direct ‘Flashdance’, you heard correctly. 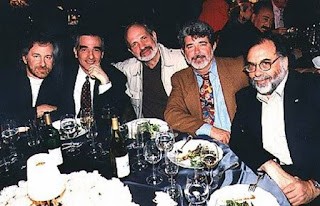 But as I said not only does ‘De Palma’ offer a perspective on the directors own career, we get a look into the development of cinema. He talks about the early days with his fellow young filmmakers like Scorsese, Spielberg, Coppola and Lucas, the struggle of keeping his personal vision intact and the state of blockbusters today. To top it all off we get confirmation that De Palma has hated every shameful version of ‘Carrie’ other than his own, noting that many of the elements he rejected for his version ended up in the remakes.


If you’re even slightly interested in the last fifty years of American cinema then watch ‘De Palma’.