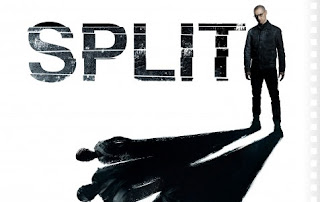 "An individual with multiple personalities can change their body chemistry with their thoughts."

Few directors have managed to turn their names into box office poison like M Night Shyamalan. His spectacular fall from one of the hottest creative commodities in Hollywood to a studio fighting tooth and nail to make sure his name makes no appearance on any film he is working on (you would have had to employ a detective agency to find out he directed ‘After Earth’ from the marketing). With such catastrophic disasters as ‘The Happening’, ‘The Village’, ‘Lady in the Water’, ‘The Last Airbender’ and the already mentioned ‘After Earth’ is there any hope left for Shyamalan?


Beneath his relatively normal appearance, Kevin Wendell Crumb (James McAvoy) harbours 23 different personalities due to a severe split personality disorder. Compelled to abduct three teenage girls, Kevin reaches a war for survival among all of those contained within him as well as everyone around him as the walls between his compartments shatter apart.


Just to get this out of the way right from the start, ‘Split’ is genuinely a good film. That is not a joke, a red herring or a piece of sarcasm. Despite all laws of the world suggesting otherwise, from the unintentionally hilarious trailer from the fact that it’s from the director who hasn’t made a good film in seventeen years, ‘Split’ is a good movie. It is not perfect by any means, it has its flaws. But making a good movie is a big step up from making films that are fundamentally broken on every conceivable level. Before anyone brings it up, no I did not like ‘The Visit’.


What is particularly remarkable about ‘Split’ is how well shot it is. Again it’s not mind bindingly spectacular but given that Shyamalan spent the best part of two decades failing to compose a single provocative, elegant or meaningful shot in his films then ‘Split’ marks a very welcome return to form. The shots were intriguingly constructed, being expertly framed and containing a slow, creeping movement to them, adding to the levels of suspense and tension that permeated the film and ultimately elevating them.


It is surprising how palpable the tension is and how well it is raised just from the direction alone. I have to commend Shyamalan (wow it feels weird saying that) for grappling the essence of his screenplay and using his skill as a director to translate the nuances of that screenplay on a visual level. Not only that but the way the film is shot actually makes the initial concept seem less ridiculous. While it could easily venture into unintentional hilariousness, Shyamalan’s direction plays a big part in making the concept feel grounded and believable in regards to how he approaches it.

That being said, the biggest attribute of the movie and the key to its success is James McAvoy’s lead performance. It cements just what a talented actor McAvoy is and I truly believe that with any less talented artist this film simply would not work. To balance so many different personalities is a challenge for any actor, but to unite them with an undercurrent of similarities that cement them as being from the same source is something that is very worthy of praise. It’s also good to see that McAvoy fully commits to the role, conveying each new side of Kevin through his tone of voice, facial expressions, his very physicality, they all help distinguish the different characters as separate entities. Once again it is an idea that could so easily have been laughable but McAvoy employs just the right amount of gravitas to feel threatening at all times, even Kevin’s calmer personalities have a chilling air to them due to how innocent they seem in contrast to the brutality of his other personalities.


Though McAvoy is fantastic I can’t say the same for the three actresses portraying his victims. Naturally their performances would seem lesser in comparison due to the sheer scale of McAvoy’s task. But even when taken on their own Anya Taylor-Joy, Haley Lu Richardson and Jessica Sula rarely expressed the urgency of their situation, namely being kidnapped by an insane person with multiple personalities. On a few occasions they detracted from a scene just from the way they were reacting to McAvoy. Luckily Betty Buckley is much more capable as Kevin’s psychiatrist and their conversations are perhaps the film’s most intriguing scenes. Or at least they would be were it not for how awkwardly paced a few of them were. The way their interactions were edited sometimes felt needlessly overthought and lacked any natural flow or progression.


That being said the screenplay rarely falters as badly. When taken on its own the way ‘Split’ is written is surprisingly watertight as well, save for some contrived reasoning, some on the nose dialogue and awkward transitions. I felt invested within the situation and was swept up in the narrative flow, characters had established motivations that drove their actions later in the film and those character in question even have a surprising amount of depth to them.


A new Shyamalan movie and, what a twist, it’s actually good.