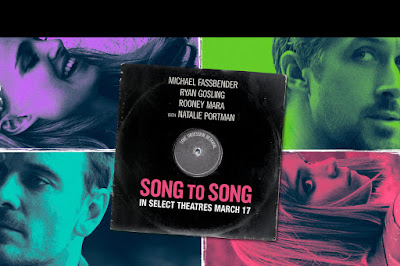 "We thought we could just roll and tumble, living from song to song, from kiss to kiss."

It’s that time once again, time again to pay special intrigue to a Terrance Malick movie despite the fact that I have not liked a movie he has made for nearly twenty years. That being said I do admire ‘Tree of Life’ for its ambition, but none of his recent films have connected with me in the same way ‘Badlands’, ‘Days of Heaven’ and ‘Thin Red Line’ did (and admittedly I still don’t think ‘Thin Red Line’ is the masterpiece everyone else does). 2016’s ‘Knight of Cups’ wasn’t just bad, it fell like a parody of a Malick movie, but with an immensely promising cast can ‘Song to Song’ do any better?


Now, I don’t find anything wrong with directors indulging themselves in more experimental forms of filmmaking, with the likes of Ingmar Bergman and Andrei Tarkovsky achieving great success in the form of ‘Persona’ and ‘The Mirror’. But unlike Malick’s films, they have some underlying cohesion to them. The experimental choices feel motivated and meaningful, underpinned by a genuine emotional attachment. Given that ‘Knight of Cups’ completed a kind of pseudo trilogy about Malick’s life that chronicled his childhood in ‘Tree of Life’, his relationships in ‘To the Wonder’ and finally his career, I was hoping that he’s make a stylistic move away from this less engaging style. But sadly that is not the case.


If anything, ‘Song to Song, like his last three films, just feel like variations on the same movie. It baffles me that some people still proclaim Malick as the most unique filmmaker working today because while he may have once deserved that title, not he is weighed down by the same tiresome and repetitive tone that not only feels completely uninteresting but also highly uninspired. Once again his film is visually pretty but unlike past efforts I would credit this mainly to cinematographer Emmanuel Lubezki as there is nothing about Malick’s composition or framing that feels evocative as opposed to the work Lubezki did behind the camera instead. 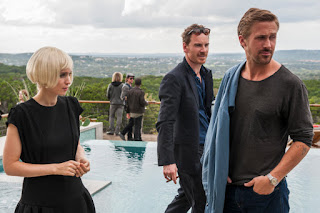 Trailers for a Malick movie will always have me intrigued because I momentarily forget that anyone can take a minute’s worth of these striking images and distil them down to an interesting teaser. But sitting through two hours of them, accompanied by monotonous voiceovers that give infuriatingly vague and broad philosophical statements is a real chore to sit through. As I said earlier, I admired ‘Tree of Life’ for its ambition and central ideas more than anything, how Malick sought to connect those visually stunning images with memories of his own childhood to become something that was more than the sum of its parts. But ‘Song to Song’ contains nothing of the sorts, there’s no central thesis or message to it, no emotional centre, deeper meaning, no evocative atmosphere or even an interesting concept. By the way, if it sounds like I’m talking more about Malick’s career than this movie itself it’s because there’s virtually nothing to talk about.


At the very least I was hoping that we could get some good performances out of it (another benefit for ‘Tree of Life’ as Brad Pitt gives a terrific performance there) but the script gives such little characterisation to the people we are seeing on screen that it is hard to see them as anything other than the famous faces portraying them. I’m not seeing a bunch of struggling musicians, I’m seeing Ryan Gosling and Kate Mara being filmed from a distance, while we the audience are not allowed to hear what they are saying and instead treated to more voiceover. I have to ask why Malick did not just cast the film with unknown actors. Then I at least might have a chance to see them as something other than just a famous actor pretending to be someone else as I wouldn’t instantly recognise them.


I don’t even know why the movie makes the point of saying it’s in Austin, Texas because it has so little to do with the identity or atmosphere of that location, for a movie called ‘Song to Song’ there is a frustrating lack of music. Of course that in itself is not a detriment to the movie (there’s no elephant in Gus Van Sant’s ‘Elephant’ after all) but when there is so little else to be found in the movie I find myself getting annoyed at the most irreverent details. Other movies have made something out of nothing, as in they are unclear about their message and lack any conventional plot or structure, but even they have some kind of emotional core to them. I can understand Malick’s desire to capture a place beyond dramatic realism but there’s such little substance to be found that one can’t gravitate towards anything.


Empty and emotionless, once again Malick feels like he’s parodying himself with ‘Song to Song’.