Won't You Be My Neighbour 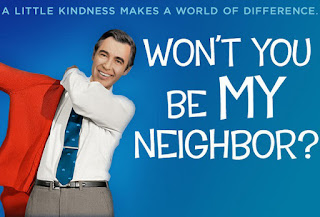 "The greatest thing we can do is teach someone that they are loved, and capable of loving."

I never watched ‘Mr Rogers Neighbourhood’ during my childhood, having firstly not been of the right generation to see it when it first aired and due to the fact that, as far as I know, no TV channels in the UK exhibited reruns of it. In hindsight that is probably a shame, as even without the benefit of seeing this documentary on the titular Mr Rogers it was clearly a show made with great care and affinity for the well-being of its viewers. But even a familiarity with the show would have been unlikely to prepare me for the story of the man himself.

Following the life and legacy of Fred Rogers, the host and creator of the classic children’s programme ‘Mr Rogers’ Neighbourhood’. Looking at how he went from an ordained minister who had never even owned a TV to an icon of the medium for the ages, this documentary is an examination of Roger’s principles, his devotion to his audience and why he felt his little show was so valuable to growing minds.

So as I said, I don’t have any nostalgic connection to ‘Mr Rogers Neighbourhood’, having never actually seen an episode or any long form clips prior to this documentary. Even from a distance it is easy to see why the series was so revered and respected, with Rogers using his platform to talk to children about issues that could be as serious as divorce, assassination or prejudice. He was clearly an educator who never spoke down to his pupils and respected his audience’s attention just as much as they admired his presence. Had ‘Won’t You Be My Neighbour’ been nothing more than a recap of the show I would still have considered myself impressed with the examination of a principled and endearing television institute.

But Morgan Neville’s film succeeds in showcasing a side of Rogers that is simultaneously surprising and predictable. Namely that his kindly presence in front of the camera was not an act, it was simply a showcase of himself as a person. It’s almost jarring to see a figure of such sincerity and honesty in this kind of spotlight. Someone who is so devoted to their craft yet never sacrificed their own integrity to do so, or held any hidden agenda they kept from the public. It is important to remember the people like Fred Rogers, who simply wanted to teach and educate not just in regards to knowledge but also to emotional maturity, as well as how honestly and openly he did so.

With that going for him it would be easy for ‘Won’t You Be My Neighbour’ to paint in broad strokes and end up with a one note portrayal of Rogers. But Neville’s examination of Rogers is ultimately a story about an artist who battled insecurities and fears concerning his craft. Neville contrasts the earnestness of ‘Mr Rogers’ Neighbourhood’ with the anxieties of Rogers the man. Furthermore it highlights how these fears are in essence what allowed Rogers to speak to children in a crucial way. He understood their emotional depth and apprehensions just as he did his own, and often but that into his programme as a means to communicate and relate to his audience. 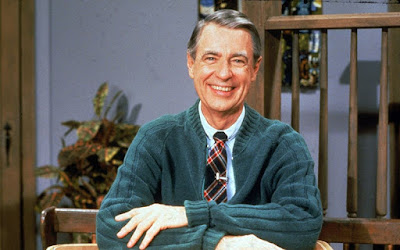 Once you realise how much this documentary is seeking to express the inner thoughts of Rogers as his life and the context around it passed by, you begin to realise how masterfully they have edited in parts of his show. So much of Rogers own thoughts and inner emotions were conveyed via his puppets, and how in a way they each represented a different facet of him as a person. The more you acknowledge this, the more depth is bestowed into the clips the documentary shows. ‘Won’t You Be My Neighbour’ possesses a flowing narrative thanks to a loose structure that follows thoughts and tangents rather than a standard chronological retelling.

That isn’t to say that the film does not go out of its way to provide some historical context towards Rogers life as it unfolds but it does so more as a framework. Perhaps that is what allows ‘Won’t You Be My Neighbour’ to be as emotionally affecting as it is. There is rarely a sense that the film is merely reciting an oral history of a show but rather communicating the emotions and principles of an artist as he navigated the world around him. I defy anyone to not be genuinely moved at his impassioned speech to the US senate in which he urged them not to cut the funding for Public Broadcast television, or to be angered when 21st Century conservative news pundits (good old Fox News, of course) accuse Rogers of “ruining a generation” by telling children they were special for being themselves.

Perhaps the most affecting part of the film is something that remains unspoken, an undercurrent that might not even be intentional but holds great weight through implication. That being how much the world might need a figure like Mr Rogers now. Even if you don’t subscribe to the idea that the world is falling apart around us right now (if so, please tell me our secret) there’s little doubt that at the very least the world is a little less bright when someone like Fred Rogers is no longer in it.

Emotionally affecting and astonishingly endearing, ‘Won’t You Be My Neighbour’ is a sincere and complex look at an artist living to fulfil his goals.