Alien vs Aliens: Which is Better? 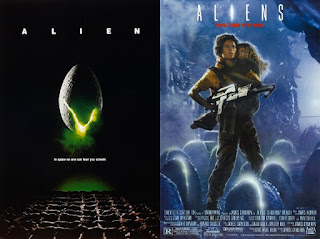 With ‘Alien: Covenant’ hitting cinemas soon I was considering doing a rundown of the whole ‘Alien’ franchise but let’s be honest, such an undertaking would involve praising two movies followed by a string of underwhelming or outright terrible movies, all with a differing set of specific problems. Also, given that Ridley Scott has recently announced plans to direct two more instalments after ‘Covenant’ I’m sure a chance to review those films will arise again in the future. For now though I thought I would try to settle the age old question, one that has raged for decades and is unlikely to go away anytime soon (and by “settle” I of course mean “provide my own subjective opinion on the matter that will undoubtedly leave a number of people unsatisfied”). Which is better, ‘Alien’ or ‘Aliens’?


I think it is safe to say that in 1986 even the most loyal of James Cameron fans were sceptical of his ability to deliver a sequel to what was already being acknowledged as a masterpiece of science fiction cinema, Ridley Scott’s ‘Alien’. Having caught the attention of the movie world with his science fiction thriller ‘The Terminator’ Cameron wrote the screenplay for ‘Aliens’ long before he ever procured the rights to actually direct the sequel. He often spoke about how he made the movie as more of a war film in contrast to the heavy horror elements of Scott’s film, which is not to say ‘Aliens’ does not contain it’s fair share of traumatising scenes as well.


I suppose deciding which is best depends upon your preference of genre. Some people do naturally gravitate towards the more action oriented style of filmmaking but others are comfortable with the slower and more methodical pace of a true horror movie. But as someone who does not show a preference for either genre I like to think I can look at each film in an objective light, and at the end of the day I can say one is superior to the other.


‘Aliens’ is often held up as the gold standard of sequels. It builds upon the weight and meaning of the original, efficiently conveys all you need to know about the situation and quickly sends you into a new story, one that goes in a completely different direction from the original so as to avoid feeling repetitive while also masterfully integrating our preconceived knowledge of these characters and creatures to great effect. It is a vastly different film from ‘Alien’ and I think those differences shed light how Ridley Scott and James Cameron are two different kinds of filmmakers. Not just in their tone but in their sensibilities. Cameron’s ‘Aliens’ is arguably more humane, it’s optimistic ending stands in stark contrast to that of Scott’s bleak nightmare. Cameron also injects his movie with strong moments of empowerment that are designed to make the audience root for the main character in a single line of dialogue (“Get away from her you bitch” serves the same purpose within its narrative as the “You’re terminated, fucker” line). 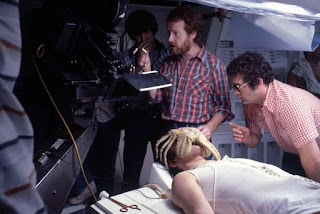 I think, beyond the sensibilities though, when it comes to the actual process of filmmaking I could single out one director as being a cut above the other just as I could with said director’s film. I think ‘Aliens’ is a near perfect film in every regard, but ‘Alien’ is simply a perfect film. Cameron is by all means a great director but Ridley Scott is on an entirely different level of mastery. Watching ‘Alien’ feels like watching an artist in complete control of his technique, never putting a foot wrong and evoking such abject terror that it defies belief.


On a technical level ‘Alien’ is still perfect. There is nothing within the movie that dates it or relinquishes its timeless quality. On the other hand ‘Aliens’ for all its brilliance still has a few poorly composited blue screen shots and one or two dated visual effects. In his film Scott strikes the perfect balance of low key terror and giant existential dread. What the film implies about the history of the Xenomorph is terrifying enough, with its huge concepts and Freudian set design, if you ever watch ‘Alien’ and think the set design seems overtly sexual it’s because it is. It shows a deep understanding of its thematic terror as Scott plays up the themes of violation and the result is a horror film unlike any other. The claustrophobic interior of the Nostromo only furthers this enclosing sense of horror. 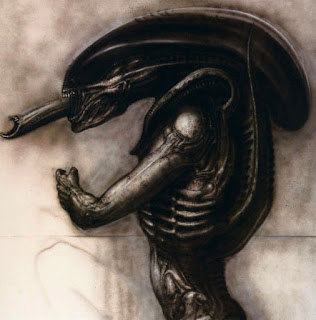 Furthermore, I think when it comes to the way each film utilises its titular creature ‘Alien’ has the edge. The surrealist artwork of H.R Gieger is cemented into our subconscious as pure nightmare fuel and it’s due to the way it is shown in ‘Alien’. There is an overtly industrial look to the creature, almost as if it was more than just a product of evolution, the ultimate refined killing machine. The way Scott shoots the monster gives it a feeling of beauty and horror. You could admire the creature design for hours but are ever present of the unstoppable threat it poses. Given that it is a sequel the next logical step would of course be to introduce a higher number of aliens. As terrifying as that is, I think in doing so ‘Aliens’ robs the creature of some of its omnipotence, making it feel like less of a prevalent threat and more of an obstacle that needs to be overcome. As action movie antagonists go the Alien is a great choice, but remember that all of the unique qualities about them were established in Scott’s film, without any clunky exposition in favour of brilliant visual storytelling.


I think this plays into the fact that like any action movie ‘Aliens’ relies on escalation. I commend Cameron for making that escalation feel integral to the characters rather than the number of explosions and gunshots. Cameron does understand that watching Ripley overcome this horrific obstacle is the best kind of catharsis, especially for a character as well drawn as her. But intrigue and mystery played such a huge part in Scott’s film that it would never fail to be used as a major narrative tool when required. Once ‘Aliens’ uncovers its first act mystery (which isn’t exactly hard to work out given the title of the movie) there are very few twists and turns to be had. There are surprises and revelations of course but the narrative still plays out as one would expect. 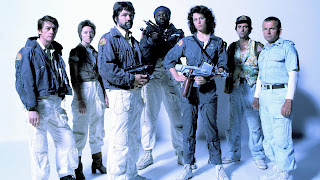 That leads me onto the characters. Given the fact that ‘Aliens’ exists at all and Sigourney Weaver’s stardom the eventual survivor of the Nostromo is obvious even to those who have never seen ‘Alien’. But try to imagine the movie as a singular entity and it becomes glaringly clear that trying to guess who will survive is a difficult feat. There is an unpredictability to which characters will die, when they will die and in what manner it will happen. Even if you are aware of Ripley’s survival (which is not a spoiler now because as I said before, ‘Aliens’ exists) there are still plenty of surprises to be had with the characters.


Speaking of those characters though, it’s another area where ‘Alien’ feels superior to me. James Cameron does have a talent for crafting memorable characters, with Hicks, Vasquez and Hudson (played by the late, great Bill Paxton) are among the most memorable. But the problem is that as likable as those characters are, they’re somewhat one note. There isn’t necessarily a lot of depth to them and while I understand that the characters in ‘Alien’ didn’t necessarily have any increased depth either, they were relatable, blue collar workers whom we could relate to on a more effective level. The characters in ‘Aliens’ are highly trained marines, overconfident ones at that to a point where the massacre later in the film feels more like a comeuppance than a sight of horror. I understand that part of this was to play into Cameron’s bold Vietnam metaphor that sees the American military as the marines, charging into a situation they are woefully underprepared for, when it comes to empathetic writing though Scott’s method is just more engaging. As I said before as well, the unpredictable way in which Scott handles his characters just makes the whole thing even more enthralling whilst it’s fairly easy to predict who will make it through Cameron’s film. In every regard for me, ‘Alien’ stands as the superior movie.


However I should stress that I am nit-picking here. Both movies are deservedly labelled as great pieces of cinema and in all honesty I’ve probably re-watched ‘Aliens’ more than I have ‘Alien’. For what Cameron’s film lacks in all the regards I listed it is also hugely entertaining and sentimental in just the right way as well as cementing the character of Ripley as an icon of action cinema. Nor can I fault anyone for preferring it to its predecessor. Though I can safely say I prefer ‘Alien’ and regard it as the better film, it and its sequel are each different entities, made by two great filmmakers at the height of their creative power and are both absolutely stunning for those exact reasons.