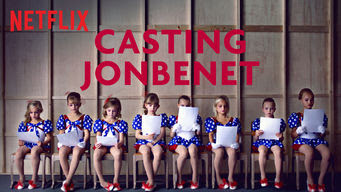 "In order to act you have to tell the truth."

Netflix may have been the best thing that could possibly happen for a movie like ‘Casting JonBenet’. An independent documentary with a provocative subject matter that even to this day remains open to wide speculation. To say it would struggle to gain traction with a traditional cinema release would be an understatement, which would be an awful shame given how unique, inventive and fascinating this movie is, as well as the discussions it opens.


The unsolved death of six-year-old American beauty queen JonBenet Ramsey remains the world's most sensational child murder case. Under the guise of auditioning roles for a number of key players in a dramatization of the event, this documentary conducts a series of interviews with the would be actors, creating a bold collection of responses, portrayals and opinions concerning the infamous case.


There have been any number of documentaries made about the death of JonBenet Ramsey, as well as the endless media speculation over the twenty years since the incident. But in making ‘Casting JonBenet’, director Kitty Green has created something utterly unique that stands above any conventional documentation of the open case. As opposed to going over the facts and providing nothing but empty speculation the film analyses our own perception of the event. The way we juggle theories, discuss possibilities and project our own thoughts into proceedings. It all furthers this idea that no one will ever truly know what happened on the night of December 26th 1996 and yet everyone has a theory about it.


Not only that, but it’s our personal experiences that shape those theories. In the same way an actor would draw upon their personal experiences to inform a performance, we draw upon our own opinions and memories to form this kind of speculation. Whether it is about the death of a little girl in Colorado or any event we become obsessed with. Something personal seems to drive our opinions over it and it’s something we can’t escape. The comparison I made to actors is naturally appropriate given the premise of this documentary and evident within it. It may seem unlikely but you can see their own theories informing their auditions. When an actor portraying Patsy Ramsey believes the mother of JonBenet to be in some way involved with her death, her performance comes across as portraying someone who has something to hide. Then there are the varying degrees of shock to which the actors employ when re-enacting John Ramsey discovering the body of his daughter. 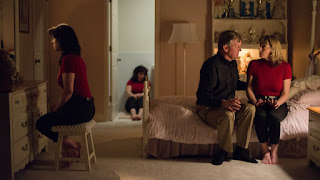 Of course this all sounds fairly visceral (it is grim subject matter after all) but ‘Casting JonBenet’ takes a restrained approach when addressing the case, with each theory rarely being discussed at length or explicitly illustrated. The only moment of high drama comes at the end, when we get snapshots of each different scenario suggested throughout the film recreated using the various actors whom have auditioned for their parts. From accidental homicide, premediated murder, an intruder on the Ramsey household, a terrible accident that was covered up and so on. Once again these are all glimpsed in snapshots designed to evoke earlier theories rather than actually explore them. Nevertheless there is something eerily haunting about that sequence, despite the fact that we are acutely aware that this is orchestrated drama the entire suggestion has become a daunting obsession for us as an audience if it was not already.


But what makes this scene particularly impressive is that we have seen the opinions of each actor involved with it. As the interview process moves on we get an insight into their own theories, reactions and opinions regarding JonBenet’s death, and eventually it spirals beyond even that. Every vaguely related detail is prodded, recounting their own experiences with grief and trauma, their relationships with children and families, the reason why Santa Claus’ wear white gloves and yes you heard that correctly and I warn you the answer is unsettlingly depressing.


One might think it shallow to insert our own personal experiences into the lives of a completely different person. But that is the classic trope of human obsession, we judge people based on how we would act in their shoes. Could one be angry enough at a family member to murder them, would we be willing to cover up the death of a child, would we be satisfied with an unresolved case? ‘Casting JonBenet’ is not only acutely aware of that thought process, it is fascinated by it. In fact it may be almost too obsessed with it, as despite the fascinating premise of the film it lacks a suitable drive to make the second half as invigorating as the first and it strays dangerously close to being repetitive of itself. That being said the unusual structure and thought provoking concepts were enough to keep me interested for the whole runtime, with Green’s own command of her style acting as an involving hook.


A well-crafted documentary that offers an intriguing look at our own form of obsession.