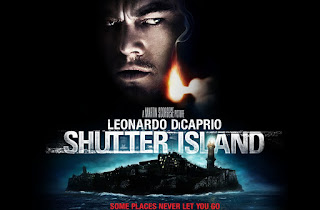 "Which would be worse? To live as a monster, or die as a good man?"

Martin Scorsese has rarely chosen to stay within his comfort zone as a director. I know it sounds as if I’m saying this at the start of most of these reviews but it is a noticeable fact that despite being widely associated with the gangster genre (which in itself is a misconception as he’s made just as many biopics as he has gangster films, it’s more of a thematic link than a genre one) he continues to experiment with new styles of filmmaking and new kinds of stories, even at this late stage of his career.


In 1954, two U.S. Marshals Edward Daniels (Leonardo DiCaprio) and his new partner, Chuck Aule (Mark Ruffalo), travel to the Ashecliffe Hospital for the criminally insane on Shutter Islandto investigate the disappearance of a missing patient. But Daniels soon finds himself embroiled within a dark and complex plot, one that goes well beyond his own reasoning.


While Scorsese has told thrillers of both a visceral and psychological nature before, I think it’s safe to say he has rarely had to tread as deftly around the foreshadowing and overarching themes as much as he has here with ‘Shutter Island’. Whereas many Scorsese films have their plot laid out in a structure that makes them rewarding rather than surprising, ‘Shutter Island’ relies heavily on trying to stay one step ahead of the audience’s expectations. The only minor problem is that it doesn’t really do that particularly well. While I can’t speak for everyone I managed to hazard a guess at where the film was heading and was proven to be correct (yes, I’m that annoying person who yells “I knew Bruce Willis was a ghost”) so as the film continues to move along it was difficult to be swept away in its intrigue when I had already mapped out its twists and turns.


That being said, Scorsese has always had an uncanny ability to elevate even the most basic scripts to newfound heights. Although before I address that I should say that I admire the script of ‘Shutter Island’ for its ambitions and thematic weight. While Laeta Kalogridis’ screenplay may not be as elusive as it thinks it is, when looks past the mystery they will find an ambitiously staged character study, one that wants to analyse the mind of a wounded man and raise some deep thinking questions at the same time. All in all, considering this is the same scriptwriter that would one day bring us ‘Terminator: Geneisyisieisisieiisiesss’ (that’s how they spelt it right?) I think we should count ourselves lucky.

But back to the man himself. Scorsese’s direction is working at its most extroverted here as it tries to render the internal as external. With his striking use of colours, jarring angles and intense framing even Scorsese seems to know that the mystery is the least interesting part of the narrative. Though the plot wants to focus more on the twists of the narration, Scorsese gravitates more towards his usual thematic undertones, those of guilt and rage which are clearly evident within Daniels damaged psyche. The downside is that the film frequently feels like it is at conflict with itself, but again it falls upon the director to elevate this source material to become something that I would certainly say is worth your attention to say the least. One could almost call it playful in its approach, as where normally these techniques may seem overtly extravagant for any other kind of story, one that stresses insanity as both its setting and theme appears ideal for a more stylised approach to directing.


Above all else ‘Shutter Island’ is an exercise of atmospheric filmmaking. Scorsese is able to evoke a sense of terror from each unfolding incident, and his direction means that they are always interesting on a visual level. Not only that but it is a slow build of tension, one that only a few auteur filmmakers seem capable of in this day and age, patient and knowing yet invigorating and gripping. It may be the closest Scorsese has come to making a horror film, in fact in many ways it is a prototypical haunted house feature. But in this case the ghosts are already within the characters.


Speaking of characters, the film is packed with some fine talent who are all able to create intriguing characters that remain elusive regarding their real motivations.  DiCaprio in particular manages to craft an empathetic of a man with deep trauma who is in over his head, while trying desperately to hide his pain over an overbearing sense of denial. As his partner, Ruffalo creates a similar persona that can be compared to Daniels, but at the same time contrasted based on how he clearly carries less visible wounds, or less prominent ones. The rest of the cast are strong but seem to have little to do with their talent, from Ben Kingsley to Max Von Sydow, they all make strong impressions but rarely have a chance to shine for a prolonged amount of time as they are continuously relegated to the side-lines.


Despite its shortcomings in its script, ‘Shutter Island’ is worth seeing for its stylish craftsmanship and strong central performances.