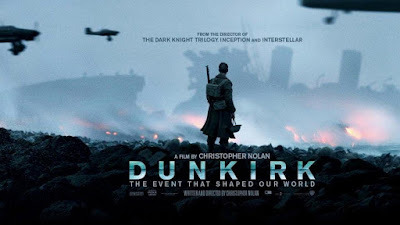 "Every hour the enemy pushes closer."

Christopher Nolan, regardless of your opinion on him, is certainly an auteur director. He is one of the few modern directors that has been able to take his own unique vision and apply it to every movie he has made, even as the scale and budget continues to escalate that vision that defines Nolan as a filmmaker continues to shine through, with ‘The Dark Knight’ and ‘Inception’ standing as some of the finest examples of auteur filmmaking on a blockbuster scale in recent memory. So given that ‘Dunkirk’ marks a departure from the genres he has played in before, it’s understandable that one would expect a less distinguished brand of Nolan.


Depicting the evacuation of over 300,000 soldiers from the beaches of Dunkirk from three different perspectives. A week on the land as soldiers struggle to stay alive and find a source of rescue, a day at sea as the captain of a small sailing boat (Mark Rylance) makes his way across the channel, and an hour in the air as a pilot (Tom Hardy) engages in deadly duels with the enemy.


I will say if you go into ‘Dunkirk’ expecting a standard, linear war movie with structure, catharsis and contrived character arcs then you are likely to be disappointed. IN fact you’ll probably be as disappointed as you would be if you were expecting the same thing from Terrance Malick’s ‘The Thin Red Line’ as that is the movie Nolan’s ‘Dunkirk’ most frequently reminded me of. Nolan does not seem interested in portraying forced melodrama, ‘Dunkirk’ seems intent upon capturing something deeper, the broad and existential weight of war. The constant state of suspense, confusion, frustration and the all-consuming sense of dread that accompanies them. It’s the kind of movie which I can understand anyone disliking, but in my personal opinion just might be a masterpiece. 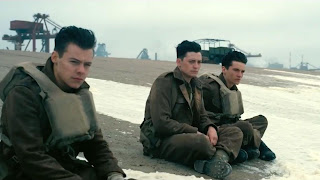 One of the most striking aspects of the movie was its ability to tell its story on a visual level. The way Nolan uses his environments and compositions to evoke such heavy emotional beats felt reminiscent of something that came from the era of silent cinema, a feeling that is made all the more prevalent by the long stretches of the film that are not punctuated with dialogue. Few directors working today seem to revel in the cinematic qualities of their stories quite like Nolan. His expansive shots and sweeping camera movements never fail to create a sense of awe, thereby further drawing the audience into the sheer scale of what these men faced on those beaches in 1940. But what makes this all the more amazing is how a majority of these images revolve around the same locations, but each time Nolan seems to introduce a new visual element that furthers the experience. It conveys the frustration of being stranded on the same stretch of beach for a prolonged amount of time, but also the chaos that surrounds the situation.


When I say that the film is completely lacking in structure it probably sounds like a criticism. But Nolan’s method of weaving each interconnected plot line, in a way that compresses or elongates time in favour of drawing an emotional response from the viewer. It’s an impressive feat of structure that completely immerses the viewer within the world around them. We feel each moment of tension at the same time, as we do with the triumphs. Sometimes there’s a symmetrical purpose to crossing the stories, as two characters from different perspectives try to avoid drowning Nolan intercuts the two scenes together to create a heightened awareness of each man’s peril. By weaving the three stories, which all feel equally involving and intriguing, together ‘Dunkirk’ becomes a cacophony of tension that refuses to let up until the final few minutes.


The fact that Nolan’s structural choices plays with the concept of time and its passage plays into the themes of the story. This ever present sense that time is running out is brought up through several plot points; the enemy gradually pushing closer, the tide going in and out to dictate when the boats may leave, the fact that only so many men can be carried out in so little time. Every aspect of the film reinforces that central thesis of time, it’s what helps make it feel tightly constructed as an actual story rather than an exercise in technical prowess alone.


What also helps string these segments together is Hans Zimmer’s truly phenomenal score. It may be debateable over whether or not ‘Dunkirk’ is Nolan’s masterpiece, but the soundtrack certainly seems to be Zimmer’s magnum opus. With a ticking clock as an ever present motif the music of the movie reinforces its central themes, draws the audience deeper into the raw emotions of each scene and feels so intrinsically vital to the overall impact of the film that to be without it seems almost unthinkable. The score is absorbing but never distracting, which is good given that the rest of the sound design is impeccable. It is bombastic when it needs to be but also quietly haunting at others, at more than one opportunity I found the deathly silence to be more unnerving than any deafening gunfire or artillery. 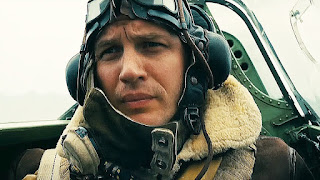 This level of craftsmanship carries over into every aspect of the movie, particularly with its use of practical effects that I defy anyone to distinguish between. In an age where filmmakers seem to put less and less effort into blending CGI and practical effects it was a breath of fresh air to see such precision in the switches between the two, especially when done on such a large scale as this. The dogfights alone are worth the price of admission, with some sequences in the film seeming destined to be the standard bearer for that kind of action scene from now on. They feel realistic but also astonishingly cinematic, never sacrificing their authenticity for contrived drama.


On the subject of contrived drama, I think it is the way ‘Dunkirk’ approaches that which gives me the most respect for it. I can understand someone watching this film and thinking it cold or distant, but to me that restraint in character feels like another step to enhance the film’s realism. None of these men knew each other on a deep level, none of them were given the chance for dramatic arcs or feats of heroism. All they could do was wade through the carnage and do what they could to survive. Any contrived melodrama would have felt dishonest to what Nolan wanted to achieve here, and mismatched with the tone he had crafted throughout the rest of the movie. There is triumph to the movie and it does end on an optimistic note, but there is also a mournful undertone that permeates the proceedings as well.


But that is not to say you don’t feel sympathy for these characters and their plight, which is just enough to make you feel invested in the action as it unfolds. The little details Nolan adds to his characters help, but what really adds to the humane element of the movie are the superbly talented cast. Tom Hardy barely speaks maybe 20 lines at most yet his body language and constant presence adds so much to the movie. A single look from Mark Rylance ends up speaking volumes about his character’s state of mind, or when Kenneth Branagh gives a solitary smile after hours of frustration can make a small victory feel monumental. Any little detail to a character, any sparse sense of humanity in the wake of such destruction, which is what makes ‘Dunkirk’ stand out on an empathetic level.