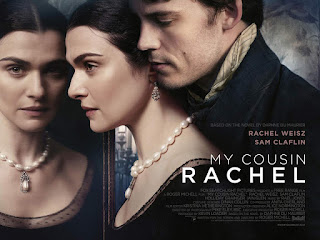 "I don't know why you came, I don't know anything about you. All I know is I like it now you're here."

Certain novels can take upon more social relevance as they age, or even be reinterpreted under differing climates to form new kinds of meaning. This means that when it comes to adapting those novels, a filmmaker is presented with an opportunity to refine the narrative in the wake of a modern social context. They can focus on the elements that have become more relevant or present them in a way that bestows new meaning upon them. Given that ‘My Cousin Rachel’ was also adapted into a film back in 1952, it should be interesting to see how this interpretation unfolds.


Philip (Sam Clafin) is a young Englishman who finds his cousin Ambrose dead after traveling to Florence, Italy. He vows revenge against Ambrose's missing wife Rachel (Rachel Weisz), blaming her for his untimely demise. When Philip meets Rachel for the first time, his mood suddenly changes as he finds himself falling for her seductive charm and beauty. As his obsession for her grows, Rachel now hatches a scheme to win back her late husband's estate from the unsuspecting Philip.


Sometimes a film can subvert audience expectations through morphing into an entirely different genre to what we initially thought it would be. Though this can leave initial disappointment there is nothing inherently wrong with doing this, providing that it’s done well. ‘My Cousin Rachel’ begins as a mystery drama but then changes into a sort of gothic romance. As I said, done well this can be a brilliant tool of storytelling, but in the case of ‘My Cousin Rachel’, that isn’t really the case. The movie feels like two different narratives and tonal levels that are constantly at war with one another. Rather than weave these conflicting aspects of the movie together it feels more like each element is being put on hold once the movie remembers that it has a whole other sub-plot to tie together.


The result of all of this is that the scenes of the movie rarely progress in a structure that feels natural to the movie’s narrative. It feels contrived and artificial as the film progresses, and what made it all the worse was that neither aspect felt fully served. It felt like two half completed scripts, one of which at least started interestingly enough but soon fell through in the wake of a rather generic romance story. Having not read the book (I know, uncultured moron) I can’t speak as to how accurate this is to the book, but even if it is there are ways in which a director can work around this. 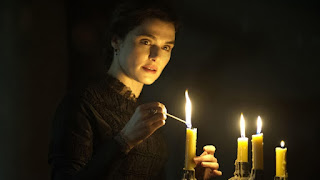 The first is to ensure that there is a sense of tonal consistently that runs throughout the movie, but ‘My Cousin Rachel’ does not possess that, failing to tie the different elements of the movie together in a way that feels fulfilling. The other is to place your emphasis on elements that feel integral to both, but so much of Roger Michell’s direction feels placed upon conveying one kind of movie until he has to pause those aspects to focus on something entirely different. There’s no gradual progression to this tonal shift, no hint of what’s to come. It just comes across as one narrative beats being developed for a section of the film only to be stopped dead whenever the script requires it.


Not only does the development and structure of the movie as a whole feel underdeveloped, but so do the characters. There is little to draw us into the plight of these people and rather that focus in on what drives or motivates them, the movie maintains a cold distance that hinders any potential investment. Out viewpoint into the movie is Philip, but he is portrayed in such broad strokes both by the writing and by Sam Clafin’s performance that he never comes across as an interesting character. He lacks the nuance to make him feel like a fleshed out individual whom we can empathise with.


All of this is a real shame given that Rachel Weisz performance as the titular Rachel is very worthy of praise. She carries such a sense of mystery and intrigue that her presence alone makes the first act of the film feel involving. But of course, the movie then puts all of that on hold to delve into another aspect of the plot instead. Furthermore, as good as Weisz is, it’s frustrating to never gain any insight into what drives Rachel. It would not necessarily be impossible to leave her as an enigma for the entirety of the movie, had Philip been an interesting enough protagonist. But as I already stated his presence in the movie feels so underdeveloped that there is hardly a shred of emotional investment to be had. The movie is solidly made, and its rich cinematography is pleasingly atmospheric, but with so many muddled elements it simply doesn’t work as a whole.


Competently made on a technical level, but too tonally confused and underdeveloped to become anything involving or meaningful.