Along with Tarantino and the Coen Brothers, Steven Soderbergh is one of the seminal directors of 1990s American cinema. He garnered mainstream attention for the indie circuit and exploded onto the scene, leading Roger Ebert to call him “the poster boy of the Sundance generation” and since then he has never looked back. In a career spanning nearly three decades the director has rapidly become one of the most unique and versatile filmmakers in Hollywood, as well as very much outside of Hollywood, from slick heist movies to raw crime thrillers, straightforward emotional dramas to off the wall experimental projects Soderbergh has traversed almost every genre.


What is most remarkable about Soderbergh’s career was his ability to switch effortlessly between the most star studded of blockbusters to the zaniest arthouse movies. He struck a perfect balance of appealing to a wider audience whilst injecting his stylistic tendancies in the films that both deliberately set out to alienate their audiences, as well as the ones that just sought to entertain them.


After a hiatus from directing feature films Soderbergh has now returned with the crime-comedy ‘Logan Lucky’ and to celebrate (because Soderbergh is back and that’s worth celebrating) I’m picking out my five favourites from the indie darling. However, I also have a few honourable mentions in the form of ‘The Limey’, ‘Erin Brokovich’, ‘The Informant’, ‘Contagion’, ‘Magic Mike’, and ‘Behind the Candelabra’ as well as all of ‘The Knick’. But now, here are the top five. 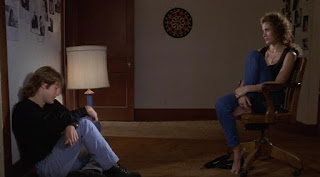 Soderbergh’s debut feature may have been the most important American film to emerge from that era, it changed the entire film industry upon its release and paved the way for the indie boom that was to follow throughout the 1990s. When it won the Palme d’Or at the 1989 Cannes Film Festival, Soderbergh became the youngest director to ever receive the prize and his emotionally heavy drama that is as nuanced as it is mature. Soderbergh handles the film with a sense of craftsmanship well beyond his age, and finds depth and meaning to the most irreverent of actions. The screenplay is littered with philosophical musings about sexuality and relationships but never draws attention to them, letting its themes flow naturally through the narrative and giving its cast plenty f opportunities to convey the raw emotion behind each scene. It is both breezily light as well as unexpectedly complex, and the overall effect is sublime. 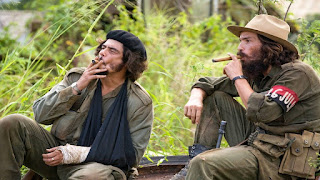 Depending on who you ask, Soderbergh’s two part biopic is either a masterpiece or an ambitious failure, and while I personally don’t see it as his definitive masterpiece I think it is most definitely a masterful film. It’s a film with flaws, but the overall impact is so mesmerising and immersive that one can’t help but be awestruck at Soderbergh’s sheer filmmaking ambition. Chronicling the life of revolutionist Che Guevara, the movie is less about deconstructing the man and more about deconstructing an icon, trying to process why to this day Guevara remains as one of the most revered as well as one of the most reviled figures of the 20th century. Its gargantuan runtime is daunting, but it conveys how much struggle and endurance went into each action the revolutionist carried out. Featuring a powerhouse performance by Benicio Del Toro as the titular figure, ‘Che’ is an epic in every sense of the word. 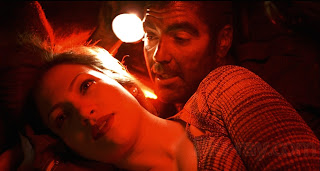 Watching ‘Put of Sight’ today makes it feel like even more of an oddity than it must have felt like in 1998. By all laws of consistency no movie should be this enjoyable and entertaining whilst also being this complex and this artfully constructed. The script is so sharp that you could cut yourself on it, with not a single line of dialogue or narrative beat feeling like a throwaway element. Every aspect of the movie has a purpose whether it is to further our understanding of the characters or draw us deeper into the plot, but for it all to feel as involving and as entertaining as it does here is something very rare. Soderbergh throws in plenty of stylistic flourishes but as usual he also knows when to let his cast do the heavy lifting, and when that cast happens to be made up of George Clooney and Jenifer Lopez delivering some of the best performances of their respective careers, that helps. Clooney’s charm is almost infectious but the nuances of his performance never fail to hint as a darker side, the same goes for Lopez whose seductiveness is only matched by her grit. But the finest bit of all might be their explosive chemistry that is worth the price of admission all on its own. 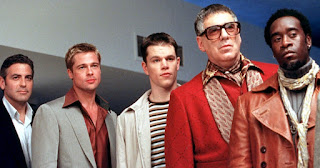 Has there ever been a movie as wonderfully re-watchable as ‘Ocean’s 11’? It’s a trick question because no, there isn’t (if you’re me then an argument could be made for ‘Evil Dead 2’ but that’s beside the point) Soderbergh may be an indie director at heart, but with this slick heist film he managed to accomplish more with one dive into blockbuster territory than most filmmakers who spend their entire careers there. I’d be lying if I said this was a particularly complex or boundary pushing entry in his career, but it’s just so damn entertaining to watch, regardless of whether it is your first or fiftieth viewing. Its ensemble cast that includes George Clooney, Brad Pitt, Matt Damon and Julia Roberts not only shine individually but also bounce off of one another with such pitch perfect precision that it just feels like it was made to be. Soderbergh drew upon every era of the heist movie to create the definitive one in ‘Ocean’s Eleven’ that worked so brilliantly that just talking about it here makes me want to watch it again. 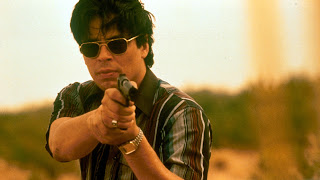 At the dawn of the new millennium Soderbergh was a filmmaker with ten years’ worth of experience, but even that doesn’t account for the how brilliant his work is on the masterpiece that is ‘Traffic’. It features the ambition, layered storytelling and ensemble cast that many other films on this list have, but is wrapped in a package so intricately constructed and perfectly realised that it stands as Soderbergh’s finest achievement to date. Despite being very much a political film, the movie never preaches to its audience and instead displays the unfolding events with a perfect blend of style and realism. Little touches like Soderbergh developing a different colour scheme for each chapter help draw the viewer further into this seedy underworld, in a structure that effortlessly interweaves several overarching stories. It earned Soderbergh an Academy Award for Best Director as well as a Best Supporting Actor award for Benicio Del Toro  but I believe it absolutely should have won in the Best Picture category as well because not only is it Soderbergh’s masterwork but it also stands as one of the best achievements of modern American filmmaking.
Posted by Joshua Price at 14:12