Best and Worst of October 2017

October was a month of highs and lows to put it lightly. I witnessed some of the finest films of the year bursting onto the scene but at the same time I also had to endure some of the absolute worst. It does say a lot that movies as superb as ‘The Meyerowitz Stories’, ‘Thor: Ragnarok’ and ‘Brawl in Cell Block 99’ didn’t make my top three of the month, but on the other end of the scale it also says a lot that I didn’t pick ‘Flatliners’, ‘Geostorm’, ‘The Snowman’ and ‘Jigsaw’ as the worst.


All in all I still maintain the 2017 has been a phenomenal year for movies. With two months left I can confidently say that even if the year ended now I would consider my current top ten to be a very strong line up, and with any luck the best movies of the year are still to come. Though with that being said I will consider myself shocked if anything manages to overtake the movie that I’ve put in the number one spot for October as it’s not only my favourite film of the month but also of the entire year to this point. So without any further stalling for time, here are the top three. 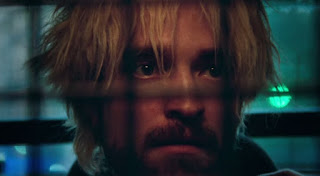 One could almost say this movie was a rather good time…I’ll see myself out. In all seriousness the latest directorial effort from the Safdie bothers is a hyper stylised thriller that manages to equal said style with plenty of substance. It’s a heart pumping thriller that feels reminiscent of the kind of movies Sidney Lumet and Al Pacino would be making together, whilst also being breath takingly new and original in its presentation. Robert Pattinson delivers the single best performance of his entire career, well and truly standing out as a bold performer who is unafraid to play the most reprehensible of characters. ‘Good Time’ never fails to feel utterly involving on every level and is a movie I greatly look forward to visiting again. 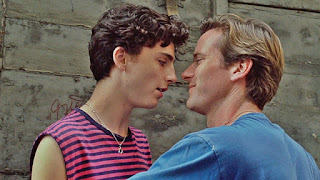 In what might just be his best film yet (I mean it is a choice between this and ‘I Am Love’ so either way it’s a pretty decent choice) Luca Guadagnino brings forth a movie of stunning craft and endless emotional weight. It’s a film that is so masterfully constructed yet feels so effortless in how it presents itself. Featuring a number of fantastic performances, especially from its two leads Armie Hammer and Timothee Chalamet who bring such a humane element to the central romance that drives the movie, it’s a story of identity and passion that is as rich in substance as it is in visuals. The soundtrack by Sufjan Stevens is also phenomenal. ‘Call Me By Your Name’ is a film so intimate in scope, yet has so much to say about our very human condition that its appeal is endless. 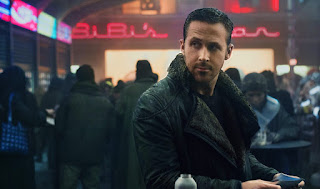 I must admit that after my initial review I was worried I’d acted prematurely, and if this film might not be as watertight as I first thought. But the more I ponder over Denis Villeneuve’s science fiction masterpiece, the more I see it as a worthy successor to Ridley Scott’s original 1982 classic in every way, and praise doesn’t come much higher than that. ‘Blade Runner 2049’ is film that takes the ideas of its predecessor and rather than merely repeating them, evolves and furthers the discussion in ways I could never have imagined. Villeneuve’s craftsmanship is beyond impeccable, and his vision is one of the boldest I’ve witnessed in a long time. Its cinematography by Roger Deakins is mind bogglingly gorgeous, Harrison Ford and Ryan Gosling deliver performances that rank amongst their best and the movie is one of the most emotionally fulfilling experiences I’ve ever witnessed in a cinema. What else is there left to say, simply amazing.


The Only Living Boy in New York 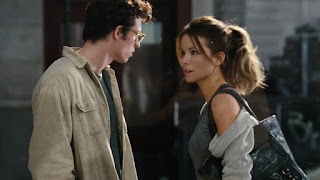 I was willing to give Marc Webb another chance, I really was. I wanted to believe that once he was back in his indie roots he would bring forth a delightful film to rival his brilliant ‘500 Days of Summer’. But what we got instead was what seemed like a vanity project that can’t even hide the fact that it is just that. Putting aside the fact that the main characters last name is Webb, the portrait this movie paints seems so dishonest and contrived, as if it were some pre-pubescent wish fulfilment that treats its female characters as fragile objects and having a protagonist so unlikable I defy anyone to even feel mildly invested in what he is going through. The dialogue is ham fisted, the direction uninspired and overall the movie is simply boring as hell.
Posted by Joshua Price at 15:57