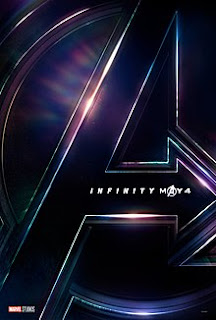 I think at this point we can safely say that any MCU movie will at least be good and entertaining. Understand that there are plenty of MCU films I’m not overly fond of or find particularly memorable, but I wouldn’t necessarily call any of them genuinely bad and I think it’s safe to say that the future instalments will be keen to maintain the bare minimum level of quality. So I don’t doubt that ‘Infinity War’ will be enjoyable at the very least, but in this case it’s vital that this movie be more than just entertaining.


It goes without saying that this is the culmination of everything the MCU has spent the last ten years building up to, whether it’s the finale or not is yet to be confirmed (I think, it’s all kind of unclear). This trailer certainly conveys a good sense of foreboding and impeding dread. The build up to Thanos’ arrival just from these few select shots instantly seems to carry more weight. Though I fear he may end up being another generic “I’m destroying the world just because” kind of villain, Marvel has always maintained that it’s heroes come first and foremost so seeing their horrified reactions speaks volumes all on its own.


One thing I will say about Thanos though is that he looks much better in this form than he has elsewhere. For those complaining about the continuity issues from a few aesthetic changes, with all due respect, shut up. Much like Kylo Ren’s scar, it’s a tiny detail that I highly doubt was made due to a lack of attention or any malice for its audience. It was almost certainly an intentional choice made because the filmmakers felt it was necessary. Considering the character made his first film appearance six years ago it’s understandable that minor elements of his appearance would change due to advancements in CGI and script details.

Brolin’s voice definitely adds to the amount of intimidation that the character radiates. From these few lines in the trailer there’s something so unnervingly casual about how he seems to regard tearing the earth’s mightiest heroes apart. You truly believe that this is just another small obstacle on his way to achieving his goal, just as much as you believe that it does indeed put a smile on his face to watch the suffering of millions.


There’s a lot to be said in the way that the trailer tries to recall the first time we witnessed these heroes being assembled on the big screen. We have various characters quoting Nick Fury’s speech, the original theme playing once again in all its glory. It’s a nice reminder of how far the characters have developed and I hope they use it to a similar effect within the movie itself. Given that Marvel have always prided themselves on valuing their characters and the intimate relation its audience seem to have with them I think they’d be remised to not but just as much work into them in ‘Infinity War’ than anywhere else.


That might be a difficult task though given the truly gargantuan cast on display here. It’s actually kind of ridiculous and even though we see a plethora of talented actors in great character roles within this trailer, that’s still only a fraction of the full list of people they need to give time to. There are so many characters that I want to see develop and evolve but I’m struggling to see how they can possibly devote adequate time to all of them. Prove me wrong Russo’s. 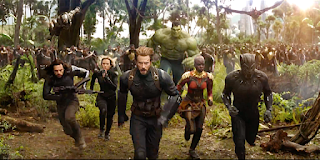 Speaking of the Russo brothers, it seems their talent for handling large scale action sequences is only increasing further. The huge battles we see in this trailer are certainly a far cry from the hand to hand, ground level combat we saw in ‘The Winter Soldier’. There is an immediate fear that as the action gets larger it loses some of its urgency, but given how well they handled the scaling up from ‘The Winter Soldier’ to ‘Civil War’ I’m confident they can deliver. But there’s no denying that based on the trailer alone, ‘Infinity War’ has an epic scope unlike anything else we’ve seen from the MCU so far.


I think it’s a misconception that characters need to die for a movie to feel dark and emotionally mature (after all, do any major characters die in ‘The Empire Strikes Back). But, that being said, I truly believe Marvel need to start axing off some of its primary characters. Yes it will be emotionally crippling for those who have become invested in the plight of these characters, but it’s for that exact reason that it needs to happen. The MCU is now in a prime position to step out of their comfort zone and deliver some powerful and emotionally driven moments, let’s just hope they can deliver.
Posted by Joshua Price at 10:16