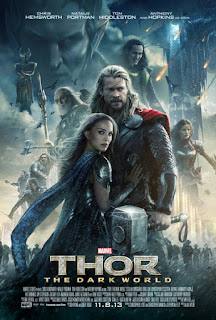 Now we come to what is in the minds of many the worst film to come out of the MCU, and as much as I would like to be contrarian and elaborate on why it’s a misunderstood gem, I can’t because ‘Thor: The Dark World’ is a truly forgettable experience. It may be a bit premature to reveal that statement in my review but there really is no way to avoid it, since the fact that the movie is forgettable is honestly the only reason I really bother to remember it at all.

But there are still some good qualities to be found within ‘Thor: The Dark World’. On the whole the cast manages to deliver some all-encompassing performances that perfectly encapsulate and convey the distinct motives of their characters. Hemsworth and Hiddlestone make for great counterparts as Thor and Loki, with their entire physicality clashing just as much as their ideologies. But at the same time their dynamic always alludes to a sense of understanding. I think one of the reasons why the scene in which they work together to deceive Malekith is regarded as one of the better moments of this movie is due to how it conveys the notion that the two of them would make a truly formidable duo if they could only put aside their differences.

Speaking of which that is another more interesting aspect of this movie as well, the action scenes. Despite being hung on a plot that is as generic and predictable as they come, ‘Thor: The Dark World’ boasts some highly inventive action sequences that manage to intertwine genuine stakes, clear causality and even a decent amount of comedy. The final battle involving the nine realms aligning is particularly entertaining both for the innovative way the script employs the concept but also how it elevates a relatively straightforward action narrative.

I’m afraid I have now run out of nice things to say. If I could point to any one aspect in which this movie fails to grab my attention it would have to be with the direction. Alan Taylor has an illustrious career of as a director of numerous acclaimed TV shows from ‘Deadwood’ to ‘Game of Thrones’ but he fails to bring any uniqueness or sense of craftsmanship to this project. It’s probably the most solid thesis to the argument that Marvel make their movies via committee without care for artistic merit because that is exactly what this instalment feels like. The visual style is dynamic and unengaging, coming across as flat and lifeless as if this is nothing more than a filler episode for a long running TV series. 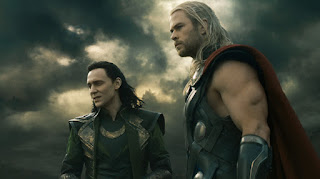 But I don’t want to place blame on Taylor as if this is entirely or even partially his fault, because the narrative gives him so little to work with on a directorial level. Taylor’s direction works wonders with the sequences that are already inherently interesting, but when hampered with meandering conversations, narrative non-sequiturs and entire sequences devoted to honouring characters we have absolutely no reason to care for, there’s not much one can do to elevate it.

The storytelling throughout the movie is probably some of the most derivative in the history of the MCU, going as far to devote an entire prologue to convey information that Odin will just state out loud later in the movie anyway. None of the characters have clear arcs or develop in any meaningful way, if anything the movie seems to bend over backwards to try and maintain the status quo. It actually gets to the point where the film almost loses any sense of tension or credibility from how often it tricks the audience. Thor’s hand is cut off but then surprise, turns out it isn’t. Loki is dead but then surprise, turns out he isn’t. Odin is on the throne but then surprise, turns out he isn’t. How you expect your audience to be invested when you keep pulling the same manipulative story tactics time and time again.

But perhaps the biggest issue within ‘Thor: The Dark World’ is its antagonist, a term that I use lightly in this case because even the movie seems to side line Malekith in favour of Loki. It pains me to say this because I remember being truly excited with the notion of Christopher Ecclestone brining his talent to a platform as big as Marvel. But not only is Malekith’s entire design completely expressionless (they took the Oscar Isaac Apocalypse route of plastering a gifted character actor in as much make up as humanly possible) but his motivation and characterisation is so lacking that it is genuinely difficult to think of any defining traits of the character. There is literally no substance, no sense of stakes, no value or any worth to anything Malekith’s presence brings to this film. He exists as an obligation to move the plot forward and has no other discernible function.

Forgettable and derivative in almost every regard, ‘Thor: The Dark World’ is still the MCU’s worst effort despite some entertaining snippets.