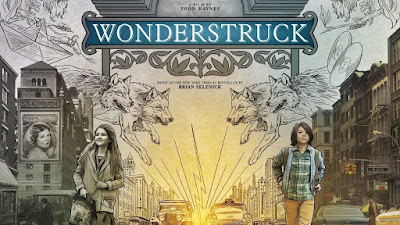 "This is a story about what makes us different, and about having the courage to find the place where we belong."

2017 has featured a lot of wonder, literally in fact, especially in its movies. First we had the blockbuster smash ‘Wonder Woman’ followed by a biopic about the creation of that character entitled ‘Professor Marsden and the Wonder Woman’. Then there was also the Jacob Tremblay star vehicle simply titled ‘Wonder’, and the latest Woody Allen film ‘Wonder Wheel’. Not, to finish it all off is Todd Haynes’ ‘Wonderstruck’, a movie with high ambition on a storytelling and technical level.


The film interlaces two stories set fifty years apart, switching frequently between them. Each tells the story of a child's quest. In 1927, Rose runs away from her father's New Jersey home to find her mother/idol, the actress Lillian Mayhew (Julianne Moore). In 1977, recently orphaned Ben runs away from his Minnesota home in search of his father.


Todd Haynes is one of the most distinct auteurs working in cinema today. The richness of his visuals, the boldness of his storytelling and the consistently amazing performances he manages to wring from his actors makes for an amazing filmography. With masterworks like ‘Far From Heaven’, ‘I’m Not There’ and ‘Carol’ to his name I was very excited to see what he would bring forth with ‘Wonderstruck’. Sadly though it makes for a disappointing product because what it succeeds at on a technical level, it falls almost completely flat on the level of storytelling.


It’s mind numbingly frustrating to say the least, because if I were to judge ‘Wonderstruck’ purely on its direction, cinematography and music score then this would be a glowing review. I cannot stress enough how beautifully designed the set pieces of this movie are. The production design is fantastic, fully immersing the viewer into the eras in which the film’s story takes place. Each location has a genuine tactile feel to it that makes it come across as a lived in location, but still manages to be visually interesting and well composed as it does so.


Like any Todd Haynes film, ‘Wonderstruck’ is also visually rich to say the least. Cinematographer Edward Lachman did a fantastic job of populating every frame with rich textures and gorgeous lighting. Not only that, but the way the film uses visuals to tell half of its story and the fact that I never felt lost as to what was going on in a scene is a testament to how clear and concise those visuals conveyed the story. It sounds like a basic trick but to sustain so much of your runtime on visual storytelling is no small feat, yet ‘Wonderstruck’ executes that masterfully. The film’s musical score by Carter Burwell was also brilliant. 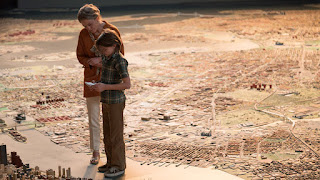 I just wish I had a reason to care about any of these pretty visuals or rich images. The story itself never grabbed me or made me feel invested within what was going on. From a storytelling perspective it seems to confuse misdirection for mystery as it leads the audience on a detour in order to get to a conclusion we all knew was inevitable. It’s just difficult to feel the significance of anything going on when the movie has never given me a reason to care for what is taking place. If anything, when paired up against these phenomenal technical elements the story only seems worse for it.


The visuals and music are so grandiose that they feel misused against a story that in comparison feels so inconsequential. It’s a case of major tonal unbalance, with the movie’s technical aspects being in conflict with its thematic elements. It comes across as if the film is trying to insist upon its own importance, and then as the third act rolls around things only get worse as it attempts to elicit emotions that, for me at least, were never there to begin with. It doesn’t help that the film mostly relies on child performances that, while not being terrible, didn’t endear me to the characters and make me believe in them as real human beings either.


It’s clear that the movie wants its conclusion to feel weighted and gratifying, but with no discernible reason to care for what was taking place it started to come across as manipulative. I’m sure that for those who are invested in the story, the ending would play out very well, but for myself I could only see the mechanics of how ‘Wonderstruck’ was trying to orchestrate an emotional reaction out of the viewer. There’s no nuance to the way the story is told, no meaning bestowed upon the events other than what the film itself keeps insisting is important without letting it grow naturally from the audience, and no level of empathy towards anything that is transpiring.


Pretentious at self-important sometimes, while being uneventful and simplistic at others, ‘Wonderstruck’ represents a waste of some amazing technical aspects.