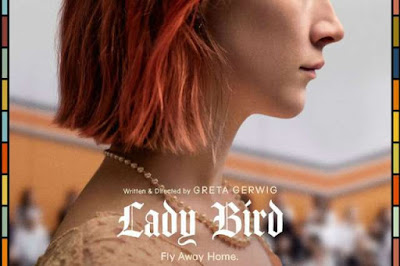 "Lady Bird always says she lives on the wrong side of the tracks, which I thought was a metaphor. But there are actual train tracks."

There’s a common belief that you can tell when a film comes from authentic, personal experience. That’s not to say every filmmaker has to have experienced the exact thing they’re depicting, but quite often when you look at a debut from a writer/director, they’re rooted in what’s personal to that filmmaker and it’s obvious when it’s done right. You get an affinity for details and a love of the smaller aspects of the movie rather than any grandiose ambitions. This bring us to the directorial debut of Greta Gerwig, a coming of age tale called ‘Lady Bird’.


Christine “Lady Bird” McPherson (Saoirse Ronan) is a strong willed teenager undergoing her final year in a Catholic high school. As she prepares to leave home she tries to navigate her turbulent relationship with her family, particularly her equally strong willed mother, dilemmas in dealing with her friends and the minefield that is any semblance of a romantic life.


Empathy is an essential ingredient to any coming of age story. You have to feel empathy for your characters at this crossroad of their life, because any personal problems those characters have has to feel important to the audience. I don’t care if some random teenage girl is having issues getting a boyfriend, but when I watch ‘Lady Bird’ both I and its title character understand that it’s vital to find one before the year is over. Although, what I just described is an oversimplification. You see, a fatal mistake of any coming of age story is to paint its characters in broad strokes. To see them not as human beings but to portray them as crude stereotypes that only exist for comedic value. There aren’t any characters like that in Greta Gerwig’s film.


I can safely say that is what I found to be most profound about the movie. The way Gerwig instills such a deep understanding of each and every character, they all have some degree of nuance to how they act and a certain complexity over how they operate. None of them are one note figures, to a point where even the least likable characters in the movie are understandable or serve the greater point of the movie.  Everyone has their own fleshed out identity, and in a movie in which the main theme is the protagonist forging her own identity, that is very significant. By the time Christine has come to terms with who she is by the end of the movie it feels cathartic because we’ve seen that identity take shape and be influenced by the distinct personalities around it. 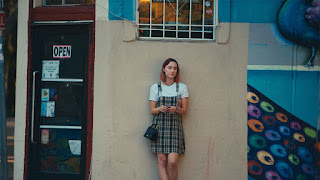 I can’t even describe how utterly relatable ‘Lady Bird’ was to me. There are so many minute details in how the characters act around each other that reminded me of my own time in school, how I interacted with my parents when I was at that point in my life and my own emotional state. But of course, it’s not specific to me, nor Gerwig, nor anyone in particular. The film captures this universal feeling of independence and the conflict that comes with it. There’s a need and desire to go out into the world but also a deep affection for your home and the places that have made you who you are.


A part of the film that really helped immerse me in the mind-set of these characters were the performances. They are simply phenomenal across the board. That’s not to say you should go into ‘Lady Bird’ expecting a plethora of powerhouse moments and super dramatic scenes because there aren’t. In fact the film as a whole rarely contains a moment that would play for an Oscar nomination reel. There’s no exceptional even that makes Christine or anyone else in her life particularly unfortunate. In fact the film doesn’t have a plot as much as it just observes a year of Christine’s life. There are arcs and themes to tie together, but all in all there’s a wonderful free flowing nature to the narrative.


But going back to the performances, none of the actors ever failed to break the illusion that they were the characters of the story. I saw them all exclusively as the people they were portraying, and never thought of them as actors. Ronan herself utterly embodies the character of Christine in ever singular aspect of her performance. From her flawless accent to her physicality and the tiny details of how she interacts with any figure of authority. Laurie Metcalf’s performance is probably best described by the film itself, when Christine’s mother is called “scary but also somehow warm at the same time”. Lucas Hedges and Timothee Chalament both have memorable turns, as does Tracy Letts as Christine’s father who has his own private battles. The only genuine flaw I can find in ‘Lady Bird’ is that one of the subplots felt a little clichéd. Even then it’s not one I’d call insufferable because the execution doesn’t feel clichéd at all in how it employs more subtle methods of conveying it. It’s just that the story itself is easy to predict. Outside of that, I’ve got nothing else.


Empathetic to a great degree and relatable by no end, ‘Lady Bird’ is a coming of age story that balances humour and heartbreak better than most movies this year.