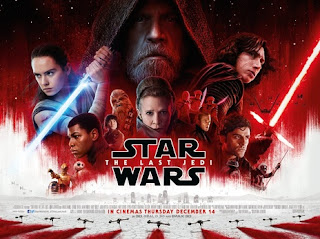 "This is not going to go the way you think."

It’s difficult to review a new ‘Star Wars’ movie. A large part of me wants to skip past all the formalities and just go over my own personal take on each plot intricacy to a point where the 3 people who haven’t seen the movie yet will have had everything spoiled. In regards to why this review is a few days late, I’ve had to take a while to mull over Rian Johnson’s ‘The Last Jedi’ and dissect it for a while in order to come up with a verdict on it. It’s that kind of movie, for better or worse.


Picking up after the events of ‘The Force Awakens’….that’s it, that’s all I’m saying.


‘Star Wars’ fans tend to enjoy deciding what they think ‘Star Wars’ is. Among other things, one of the criticisms levelled at the prequel trilogy is that they don’t resemble classic ‘Star Wars’. I say among other things because although those movies are bad because they fail to comply to the basic rules of good filmmaking, the fact that they’re different from ‘Star Wars’ isn’t a criticism I buy into that much. As fans we shouldn’t get to dictate what a movie should be, especially in the case of ‘Star Wars’ as their personal version of ‘Star Wars’ is a transcendent feat of pure perfection that’s simultaneously free of any derivative call backs to the original whilst also being utterly compliant with every previously established rule and regulation of the previous movies, establishing a whole new mythology whilst never stepping outside of the specific perimeters of what they personally value in ‘Star Wars’.


None of this is to say that any criticism of ‘The Last Jedi’ comes purely from disgruntled fanboys, because there are flaws with this movie. But it’s different and bold in a way that we haven’t seen from ‘Star Wars’ in a long time. It’s the first time I’ve found myself watching a ‘Star Wars’ movie with absolutely no idea what was going to happen, with a plot that continued to surprise me as well as intrigue me. It’s plot is character driven in the best possible way, making sure the evolution and emotional state of its characters are what influences the story above everything else.


It’s for this reason that the character work in ‘The Last Jedi’ is so valuable. With the plot so heavily tied to the decisions its characters make, the fact that the movie excellently conveys the inner thoughts and progression of its inhabitants makes the narrative feel all the more involving. It understands that the characters relationships to one another and their own personal journey are what matters, so it puts them front and centre for all to see. So much of the plot relies on the characters deciding where they fit into this grand intergalactic conflict that a mere conversation become just as enthralling as any lightsabre duel. 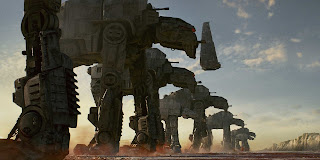 With so many character driven moments, it helps that the movie has a terrific cast to bring those characters to life. Picking up where she left off, Daisy Ridley sets herself apart as one of the best protagonists of any major blockbuster today. She portrays Rey as a determined individual who is unsure of her own fate, but never doubting of her own importance. There’s a vulnerability to Ridley’s performance that makes her empathetic, but also an inner strength that feels inspirational. It’s counteracted by Adam Driver’s fantastically complex portrayal of the film’s antagonist Kylo Ren. Almost every scene with Ren rests on the idea of his own inner conflict, and Driver never fails to make that conflict feel prevalent and palpable.


That being said, I think the best performance of the whole movie might just be Mark Hamill reprising his role as Luke Skywalker. It’s hard to describe his performance without giving away plot details, but I will say that his entire presence defies what anyone would expect. It’s a performance that anyone with a long time connection to the character of Luke is likely to find affecting for how it puts aside wish fulfilment in favour of a grim reality. The same goes for Carrie Fisher, whose appearance in ‘The Last Jedi’ was always going to be a tear jerker, but for the way her role plays out and develops over the course of the movie, it becomes even more resonant.


But for all the depressing emotional stuff there’s plenty of pure entertainment to be had. John Boyega is just as charismatic as he was in ‘The Force Awakens’ and there’s an increase of involvement from Oscar Isaac as well, which can only be a good thing. Finn and Poe both provide a good helping of charisma but also each have a brilliant arc that is as unexpected as it is engaging. Newcomers like Kelly Marie Tran also do a fine job and while Benicio Del Toro’s character is a little lacking, the way the actor distinguishes himself and crafts a memorable performance is to be commended.


Someone who is just as, if not more so, valuable than the cast though is director Rian Johnson. Under Johnson’s direction ‘The Last Jedi’ is probably the most visually dynamic movie in the ‘Star Wars’ franchise so far, while still keeping itself rooted within the look and feel of the universe. There are many visually interesting set pieces, particularly the third act finale, that are as breath taking on a visual level as they are on a narrative one. When Johnson handles the highly anticipated lightsabre duels he does so with long, sweeping takes that show the fighters in full force. But it’s not just empty spectacle, with each action sequence being handled with a sense of tension and tactile feel to accompany it. 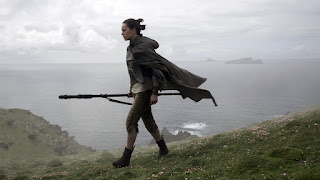 My main issue with ‘The Last Jedi’ can be summed up with one word, consistency. The narrative and tone of the movie make a few missteps in terms of what to show the audience as well as when they show it. The pacing sometimes suffers from a side story that despite being integral to the plot is weighed down by slow storytelling that detracts from the main narrative. There’s also a lot of humour that feels out of place, sometimes spoiling the mood of a scene that was already doing very well without a needless joke. Moments of tension are diffused, moments of pathos are undercut and overall the moments of humour come across as obligatory.


That being said, I think Johnson has crafted a bold and brilliant instalment of the ‘Star Wars’ franchise. It’s a movie that has grown in stature for me since I first saw it and is one that I definitely look forward to revisiting. While many ‘Star Wars’ movies are at their most affecting when viewed for the first time, ‘The Last Jedi’ is one I look forward to dwelling on more as time goes by.


Entertaining as well as exhilarating, ‘The Last Jedi’ is a bold and provocative edition to the ‘Star Wars’ saga that pushes the franchise towards undiscovered countries.