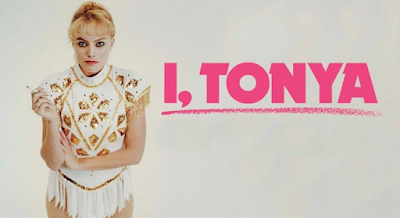 As a director, Craig Gillespie has a knack for making movies that are way better than they have any right to be. One wouldn’t think you could make a comedy about Ryan Gosling’s relationship with an anatomically correct doll, or craft a good horror remake, or do a biopic on Tonya Harding that doesn’t feel exploitative or manipulative. Well to prove that the former two are in fact possible Gillespie gave us ‘Lars and the Real Girl’ and then the ridiculously entertaining 2011 ‘Fright Night’. So does ‘I, Tonya’ surprise us again?


Based on true events, I, Tonya is a retelling of key moments in the career of American figure skater, Tonya Harding (Margot Robbie), and particularly the 1994 scandal surrounding an attack on fellow Olympic competitor Nancy Kerrigan as well as her tumultuous relationship with her husband Jeff Gillooly (Sebastian Stan).


It’s rare for a biopic to show its subject in an entirely new light. To take its subject and cast them in a new light by either lifting the lid on what happened behind the scenes, taking more time to show that subject as a person rather than an event, or in the case of ‘I, Tonya’ place that subject within the context that created them. ‘I, Tonya’ doesn’t try to vindicate or justify the events of the 1994 Olympics, but it does ask us to acknowledge the environment that Tonya Harding emerged from and how she ended up with her lot in life.


Despite the fact that all of this sounds terribly depressing, ‘I, Tonya’ does have a certain dark comedic flair to it. There’s a definite air of tragicomic absurdity to the whole event and though there’s a twinge of sadness in proceedings as well, none of it feels out of balance or exploitative. As I said before, the movie wants to scrutinise Harding’s environment just as much as her, so it becomes a commentary on classicism, abuse and injustice just as much as it is about the actual event itself. It actually utilises the “true story” formula very well as even if you’re not familiar with the details of Harding’s scandal, there’s a definite inevitability and rising sense of dread from watching her get beaten down by the system around her time and time again.


It’s also very commendable that Gillespie could make you root for someone who you know is going to be involved in an atrocious scandal. It would be easy to paint Harding the character as a generic unhinges public figure, but her actions in retaliation to the world around her feel motivated and almost cathartic. The story frames her as it would any tragic protagonist, sympathetic up the point where they go too far and becoming empathetic in the process. When Harding is working on a smaller scale of insulting the classist judges and skating committees, it’s hard not to feel gratified in some small way as she puts her foot down.

Not only does the script know how to handle this balance of character, but so does Margot Robbie who gives a fantastic performance in the lead role. Ever since her breakout role in ‘The Wolf of Wall Street’ Robbie hasn’t managed to secure a role that feels like it’s fulfilling her potential. Obviously that’s not to say she’s bad in those roles, in fact she is often the best part of whatever film she is in. But there’s a sense that the role isn’t written to be as great as she is/can be. However, with Harding Robbie is able to really showcase her raw talent. Her performance is fragmented and vulnerable but never outright hysterical due to the determination and gall she injects into Harding’s personality. She clearly fights her own battles and wants to make an impression, which makes her abuse and belittlement all the more heart-breaking.


The supporting cast are also on top form. Sebastian Stan manages to become despicably loathsome as Harding’s abusive husband. There’s an aggression to him that looks as if it is on the verge of boiling over in every scene. Stan makes it clear that the inner rage is constantly being contained and even when it does raise its head it comes more as a calculated move rather than a sheer explosion. It’s frightening to say the least, but not nearly as frightening as Allison Janney as Harding’s mother. A cold and clinical figure who pushed and abused Harding as a child to fulfil what she saw as being best for her. There’s a sickening logic to it all that only makes it more unnerving.


But the masterstroke of ‘I, Tonya’ might be the way in which it turns the attention to the viewer. While it was the skating world that showed bias against Harding for her working class background, it was the sports and tabloid media who painted her as a “white trash” figure before, during and after the scandal. Then above that, there’s the public who laughed along with the joke that when viewed in context was the culmination of a life’s worth of abuse. Now, I wasn’t alive to witness this as it unfolded so I can’t vouch over how accurate this social portrayal is. But it makes for one hell of a compelling narrative.


‘I, Tonya’ is a darkly satirical and deeply tragic biopic that is sure to subvert the expectations of most audience members looking for confirmation of what they think they know.